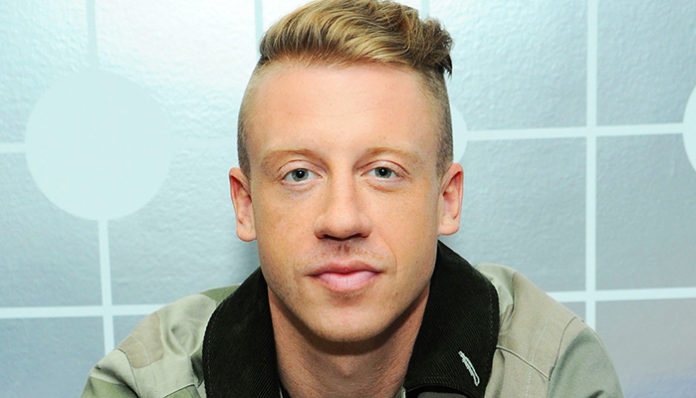 A Grammy Award-winning rapper, Macklemore has put out several records over the past few years. Having created his own beats since he was fifteen, he self-released a mixtape titled, Open Your Eyes in 2000. From there, he perfected his sound over the next few years before coming out with his debut album, The Language of My World n 2005. Ultimately, it was around then that he met Ryan Lewis, who would later become his future collaborator. Teaming up as Macklemore & Ryan Lewis, they eventually started to work on music together in 2009. Prior to their first release, however, Macklemore dropped a second solo mixtape dubbed, The Unplanned Mixtape.

In 2012, the duo released their first full-length album, The Heist. Produced entirely by themselves, it produced a series of singles, including the number one hit, Thrift Shop, which enjoyed success in over a dozen countries. Packed with 15 tracks, the project featured many guest artists including Mary Lambert, Allen Stone, Schoolboy Q, Ben Bridwell, and Ray Dalton. Some standouts from the playlist include the songs, Same Love, Can’t Hold Us, White Walls, and Wings. A solid success, the album eventually went on to sell over one million copies in the US, earning it platinum certification.

Their second effort, This Unruly Met I’ve Made was released in early 2016. Though not as successful as their debut, it produced three charting singles, one of which (e.g. Downtown) achieved platinum status in the US. The duo’s most recent album, it peaked at number 4 on the Billboard Top 200; elsewhere, the record also charted in Australia, Italy, Ireland, Sweden, Norway, Finland, France, and the UK. For their collaborative efforts, Macklemore & Ryan Lewis have received several accolades over the years including seven Grammy nominations, two American Music Awards, two Billboard Music Awards, among many others.

What has the rapper been up to in 2017? Just a month ago, he dropped his second album, Gemini– his first in over a decade. In addition to that, the album also comprised of the tracks, Willy Wonka (Featuring. Offset), How to Play the Flute (Featuring King Drainon), Intentions (Featuring Dan Caplen), and Ten Million. In support of the release, Macklemore also announced a Gemini Tour this summer, which kicked off in Portland this October. For more information on the event, please visit his official website at macklemore.com- there are still a handful of shows left!

Macklemore rose to prominence in the early 2010’s as one half of the music duo, Macklemore & Ryan Lewis. Their debut album, The Heist was met with critical acclaim upon its release in 2012.

Macklemore was born in Seattle, Washington, where he grew up with his brother Tim.

He is of German, English, and Irish descent

Is Macklemore in a Relationship?

Macklemore proposed to his girlfriend of seven years, Tricia Davis in January 2013. Following the birth of their daughter, they tied the knot on June 27, 2015.

As far as we can tell, Macklemore has not dated anyone previously.

He has a brother named Tim Haggerty.

Macklemore has a daughter named Sloane Ava Simone Haggerty (b. 2015) with his fiancée, Tricia Davis. This September, it was announced that they are expecting their second child together.

As a student, he went to Nathan Hale High School and Garfield High School, both located in Seattle, Washington.

Did Macklemore Go to College

After completing high school, he went to The Evergreen State College in Olympia, Washington, from which he earned a bachelor’s degree in 2009.

At this time, we do not have any details on Macklemore’s salary.

In his spare time, he enjoys watching baseball

His favorite music artist at the moment is Kendrick Lamar

He is a big fan of his home team, the Seattle Mariners