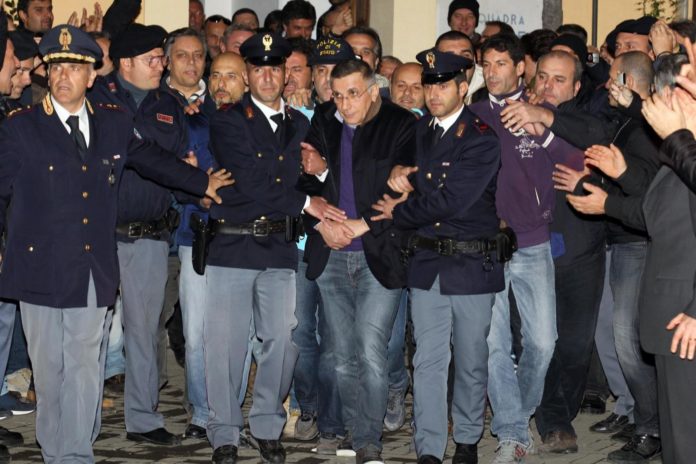 A mafia boss who is serving life in prison is not very happy about a series of his life and capture because he claims it is ruining his image.

Michele Zagaria, who was on Italy’s most wanted list from 1995 until 2011, is serving life in prison for murder, extortion and many other crimes. His lawyers have made a complaint and a hearing has been scheduled for later this month.

The series is being shown on RAI, the state broadcaster. His lawyer said that after seeing the first episode, they asked the national public broadcasting company to suspend the series. She added that they should not be allowed to show images that are contrary to the truth.

The broadcaster has continued showing the series and the case is now in court. Zagaria alleges the series is making up things. The series, called Undercover – The Capture of Zagaria, is about his life and capture after 16 years on the run. Zagaria isn’t happy about some of the things he has seen in the series but the thing that bothers him the most is that his character in the series is sexually attracted to the daughter of the people who helped him hide while he was on the run. Zagaria’s lawyer says this is something that has deeply offended and appalled their client. The series is currently on its second season.

Zagaria was on the run for 16 years before he was arrested. He had actually been sentenced to life in prison despite not being physically present for the trial. Zagaria was arrested in 2011 when police found a secret bunker under a home near Naples.

Zagaria lived there for years and allegedly tried to escape but the lift mechanism created to help him get out of the bunker malfunctioned. Zagaria had been on the country’s most wanted list for 16 years and had been sentenced to multiple life sentences.

He had lived in the bunker for years and police say the place was like a hotel. The house also had CCTV cameras to warn Zagaria of any activity but the police raid left no escape routes open.

Police spent 16 years looking for Zagaria but an odd detail led them to the bunker. A police official said that when they did surveillance on the house they suspected was his hiding spot, they checked the trash cans and found an expensive pair of socks that had been thrown out. This quickly raised suspicion that there was someone else in the house.