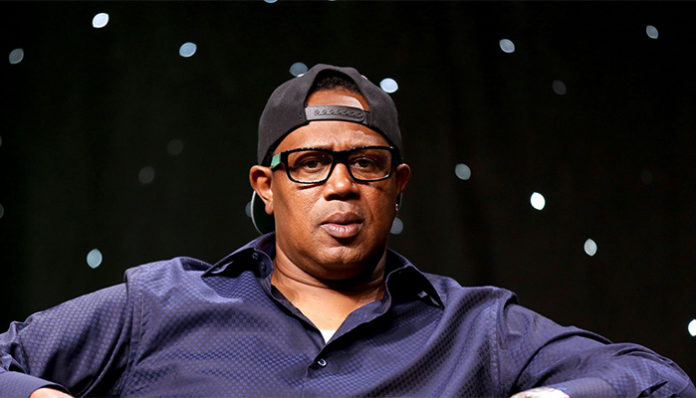 The founder of No Limit Records, Master P initially gained fame as a member of the hip-hop group TRU in the early 90’s. At the same time, he also launched a solo career for himself in the rap scene- his debut album, Get Away Clean, was released in 1991. From there, he dropped a few additional records before attaining real success with his fifth album, Ice Cream Man. A significant improvement over his previous efforts, it peaked at number 26 on the Billboard 200, after which it received platinum status in the US. Some of the tracks that it gave rise to included, Mr. Ice Cream Man, and No More Tears.

Continuing his rise to fame, the rapper came out with his next album, Ghetto D in 1997. One of his greatest albums to date, it peaked on both the Billboard Top 200 and the R&B Hip-Hop Albums charts. Pack filled with tracks, it spawned the gold single, I Miss My Homies (Feat. Pimp C and Silkk the Shocker); also included in the track list were, Make ‘Em Say Uhh!, Only Time Will Tell, Gangstas Need Love, and Captain Kirk. To date, it has reached certified platinum three times with over 3 million sales across the US.

The following year, his popularity climbed further with the release of his seventh album, MP Da Last Don. Produced by Beats By the Pound and Master P himself, it featured many guest appearances from the likes of E-40, Snoop Dogg, Silkk the Shocker, Soulja Slim UGK, and Bone Thugs-N-Harmony. Consisting of two discs, the album boasted a total of 29 tracks some of which included, Till We Dead and Gone, Get Your Paper, The Ghetto’s Got Me Trapped, So Many Souls Deceased, Goodbye to My Homies, and Welcome to My City. A chart topper, it has since received 4x platinum accreditation.

From then until now, Master P has churned out several records including the gold-certified, Only God Can Judge Me and Ghetto Postage. His most recent album, Empire from the Hood to Hollywood was released in the fall of 2015; according to reports, the rapper is currently working on a new album that will be released later this year. What else has he been up to in 2017? For one thing, he has dropped two mixtapes- We All We Got, and Intelligent Hoodlum, the first of which is a collaboration with No Limit Boys. Music aside, the rapper has also started a new basketball league a while back called GMGB (Global Mixed Gender Basketball).

Master P initially rose to fame as a part of the hip-hop collective, TRU. From there, he garnered attention as a solo artist with the release of his fifth album, Ice Cream Man, which spawned his breakthrough single, Mr. Ice Cream Man.

Is Master P in a Relationship?

As far as we can tell, Master P is currently single.

Just a few years ago, he had a divorce with his ex-wife, Sonja Miller- they had been married for well over two decades from 1989 to 2014.

He has a younger sister named Germaine Miller.

The oldest out of five siblings, he has three younger brothers named Vyshonne, Corey, and Kevin, two of whom are also rap artists.

As a student, he went to Booker T. Washington High School, before transferring to Warren Easton High School from which he later graduated.

Did Master P Go to College

A skilled athlete, he had received a basketball scholarship to the University of Houston following his graduation. A few months into his studies, however, he transferred to Merritt College in Oakland, California, where he majored in Business Administration.

At this time, we do not have any details on Master P’s salary.

He enjoys creating new beats in his spare time

Basketball- he used to play the sport as a teen

His second extended play, Ego was made available for streaming on October 23, 2013.

As far as we know, Master P is not active on Youtube