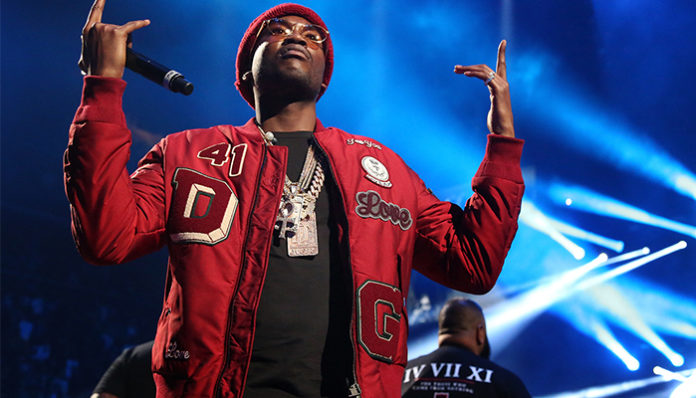 An established rapper, Meek Mill has been churning out beats since his teen years. After releasing a series of mixtapes, he dropped his debut album, Dreams and Nightmares, in 2012. His first record with Warner Bros., it featured guest appearances from artists such as John Legend, Has, Big Sean, and Drake. Lauded by critics, it reached as high as number two on the Billboard 200. An overall hit, a handful of singles were produced including, Amen and Young & Getting’ It, both of which went gold in the United States. By 2016, the album itself had also received RIAA accreditation, after selling over 500,000 copies.

His second effort, Dreams Worth More Than Money was issued in the summer of 2015. His best-performing album to date, it contained a number of tracks including, All Eyes on You (Feat. Chris Brown and Nicki Minaj), I Got the Juice, Been That (Feat. Rick Ross), Check, The Trillest, and Stand Up. An international hit, it charted in several countries outside of the US- for instance, it peaked at number one in Canada and number thirteen in the UK. To promote the album, Meek Mill also went on a Dreamchasers Tour, which saw him performing at a number of cities across the country.

The following year, he came out with two extended plays- 4/4 and 4/4 Part 2. It wasn’t until July 2017 that he issued his third album titled, Wins & Losses. A follow up to Worth More Than Money, its production was handled primarily by Rick Ross and the rapper himself. Packed with songs, the playlist included the titles, Whatever You Need, Heavy Heart, Connect the Dots, Young Black America, Never Lose, and Made It From Nothing. Though not as successful as his previous records, it still managed to peak at number 3 on the Billboard 200. In addition to that, the album also spawned two singles, one of which charted at number 51 on the Billboard Hot 100.

What else has Meek Mill been up to this year? On top of his recent album release, he had also dropped two EPs this summer- Weekend Music and Weekend Music 2. Made available for streaming online, the projects boasted a total of seven tracks including, Left Hollywood, Young Nigga Dreams, Save Me, Bag Talk, and Organized Chaos, and a few others. As far as public appearances go, the rapper has also been touring over the past few months in support of his third album. Most recently, he performed at the Saenger Theatre in New Orleans, Los Angeles. At this time, he does not have any shows planned for later this year.

After releasing a number of mixtapes throughout the late 2000’s, he received a breakthrough with the release of his debut album, Dreams and Nightmares. From there, his popularity surged further with his second album, Dreams Worth More Than Money.

He is currently 30 years old

Meek Mill was born in Philadelphia, Pennsylvania. Growing up, he lived in a three-bedroom condo on Berks Street.

Is Meek Mill in a Relationship?

Meek Mill is currently dating Tessa Colombiana- according to reports, the two had been together since April 2017.

Prior to his current relationship, he was in a relationship with American rapper Nicki Minaj. In the past, he had also dated Jai Nice, Iesha Marie, Fahimah Raheem, and Lira Galore.

He has an older sister named Nasheema Williams

As a student, he went to Strawberry Mansion High School. Though he dropped out in the eleventh grade, he later returned and successfully graduated.

Did Meek Milk Go to College

No, as far as we can tell, Meek Mill has not gone to college. Interested in music at a young age, he has been pursuing a rap career ever since his teens.

At this time, we do not have any details on Meek Mill’s salary.

In his free time, he enjoys riding his dirt bike

His favorite artists include Jay-Z, The Notorious B.I.G., 2 Pac, Has, and Lil Wayne

The last that we heard, his favorite song at the moment was Ballin by Bibi Bourelly