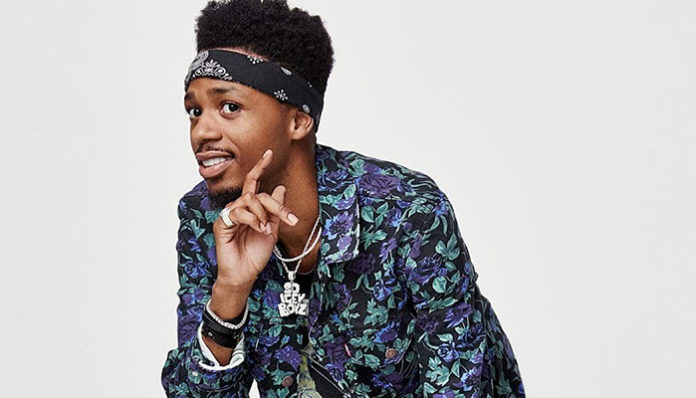 Hailing from Missouri, Metro Boomin has been producing music ever since he was thirteen years old. Establishing himself on social media, he eventually collaborated with various artists such as Nicki Minaj, Yo Gotti, Juicy, J, and Future. In the summer of 2013, the rapper issued his debut mixtape titled, 19 & Boomin. Featuring guest appearances from Trinidad James and Gucci Mane, it boasted several original tracks including Some More, Maison Margiela, both of which were accompanied by music videos. Later that same year, he teamed up with Future on the hits, Karate Chop and Honest, the latter of which has since gone gold.

Continuing to produce records for others, he contributed to a number of singles including, Future’s I Won, ILoveMakonnen’s Tuesday, Travis Scott’s 3500, and Future’s Where Ya At. Ultimately it wasn’t until the summer of 2016 that he came out with his next project, Savage Mode. A collaboration with fellow rapper, 21 Savage, it boasted nine cuts including, Real Nigga, Ocean Drive, Mad High, Bad Guy, and Feel It. The track peaked at number 23 on the Billboard 200 and at number 9 on the Top Hip-Hop Albums. Since then, over 500,000 copies have been sold across the US, earning it gold accreditation from the RIAA.

Speaking of joint ventures, he recently worked with Nav on the mixtape, Perfect Timing. Released on July 21, 2017, it included guest vocals from a handful of artists such as Gucci Mane, Lil Uzi Vert, Belly, Playboi Carti, and 21 Savage. Initially announced in early 2017, the tape proved to be a considerable success, having reached number 13 on the Billboard 200 in the US. His second project to make it onto the charts, it featured fifteen tracks including, Need Some, You Know, I Am, I Don’t Care, and Held Me Down. To date, the mixtape has also charted in Canada, Belgium, the UK, and New Zealand.

What else has he accomplished this year? Aside from his mixtape release, Metro Boomin has also produced numerous hits for other artists- for instance, he worked on the multi-platinum tracks, Congratulations, Bounce Back, Bad and Boujee, Mask Off, and Tunnel Vision. For his contributions to the rap scene, he received two accolades in 2017- a BMI R&B/Hip-Hop Award and a BET Hip Hop Award for Producer of the Year. In terms of public appearances, he was also on tour earlier this year- after many months of performances, it ended on September 16, 2017. For now, it doesn’t look like he has any upcoming shows booked- but stay tuned as that’s subject to change anytime.

Metro Boomin’ initially rose to fame with the release of his debut mixtape, 19 & Boomin. With his subsequent production efforts, his popularity only increased further.

Metro Boomin’ was born in St Louis, Missouri, where he went to school. Following his graduation, he relocated to Atlanta, Georgia, to attend college, where he resides to this day.

He is of African American descent

Metro Boomin’s body measurements are unknown at this time

Is Metro Boomin’ in a Relationship?

As far as we can tell, Metro Boomin’ is currently not in a relationship. If he is dating, he’s doing a pretty good job of keeping it undercover.

At this time, not much is known about Metro Boomin’s dating history- including information on his former girlfriends (if any).

He has four siblings, including a younger sister named Leah

As far as we can tell, Metro Boomin’ does not have any children

As a student, he went to Parkway North High School in St. Louis County, Missouri. During his time there, he reportedly produced upwards of three songs a day using the music production software, FruityLoops.

Did Metro Boomin’ go to College

Upon finishing high school, he went to Morehouse College, in Atlanta, Georgia, where he majored in Business Management. Due to the demands of his burgeoning music career, however, he later decided to take a hiatus from his studies.

At this time, we do not have any details on Metro Boomin’s salary.

He enjoys making music in his free time

He has stated that his favorite rapper is Nelly

Favourite Artists to Work With