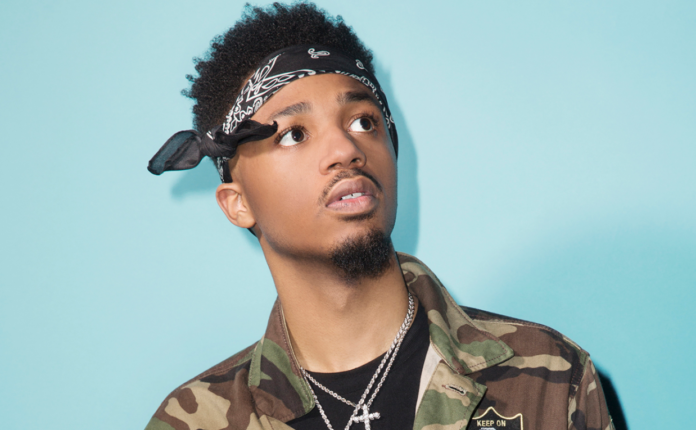 Leland Wayne, better known as Metro Boomin, is one of the top producers in rap music today. At age 23, he already has double-digit certified gold and platinum singles under his belt and has provided production for albums by artists ranging from Drake and Future to Kanye West.

Metro Boomin didn’t just stumble into success at a young age. During his high school years, he worked consistently, honing his skills and also making connections with established rappers. His mother was very supportive of her son and would drive him from his hometown of St. Louis to Atlanta so he could work with rappers he had only talked to online. That’s quite the leap of faith she made to support her son’s passion, and it paid off.

Yung Metro’s connections started on the outskirts of well-known cliques and eventually worked their way to the big names. Once he got in with OJ Da Juiceman, he eventually connected with Gucci Mane, and once he hooked up with Future they were destined to keep working together.

After he graduated from high school, Metro made the most logical decision for his potential and decided to attend the prestigious Morehouse College in Atlanta. Freed from the limitations of being a high school kid living several states away, he worked to expand on and cultivate the relationships and connections he already had with both well-known and underground artists in the Atlanta area. The plan was successful–a little too successful for his plans, it turned out.

Business was boomin, so to speak. His reputation and work had been passed on from OJ to Gucci Mane, and he was making more connections and working with more artists the longer he stayed in the city. He was already starting to have songs blow up commercially, starting with the Future track “Karate Chop.” The deeper he got, the harder it was justifying trying to struggle through college courses while pursuing his true passion.

While staying with fellow producer Sonny 516, Metro Boomin wrestled with the conflict between his growing success in his passion and his growing hatred of school, which he was mostly just doing to make his mom happy at this point. All signs were suggesting it was time to call it quits on Morehouse, but he didn’t want to let his mother down. After a lot of deliberation, he made the decision to tell his mom he was taking a semester off, even if he didn’t actually plan on going back. At that point

With no more distractions, Metro Boomin put his full focus into music, and the result was unrivaled success. His debut mixtape, “19 And Boomin,” featured popular artists like Gucci Mane, Future, Young Thug, OJ Da Juiceman, and Trinidad James. From there, he made more connections with those artists. His production has been featured on hit singles by Kanye West, 21 Savage, Big Sean, Post Malone, Kodak Black, Drake, and ILoveMakonnen. In November of 2017, Young Metro made history by having ten of his productions in Billboard’s Hot 100. And, at only 23 years old, he’s certain to have even more hits in his future. 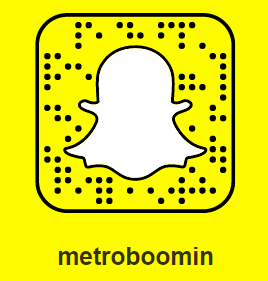 If you want to follow Metro Boomin on Snapchat, it’s easy. Just click here or use the snapcode above.