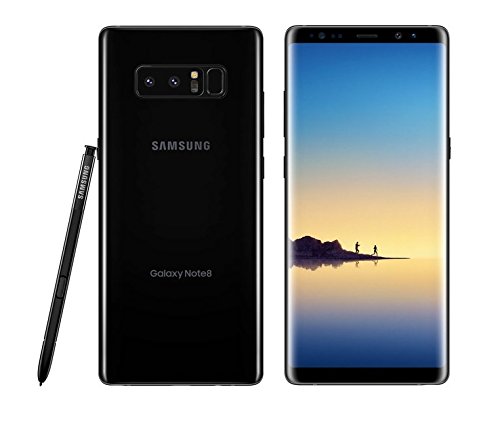 Two weeks ago, Microsoft added the Samsung Galaxy S8 and S8 Plus to its online store. Now, it has added the Galaxy Note 8.

The popular phablet from Samsung can now be purchased through Microsoft’s online store. The device isn’t any different from the Note 8 sold by Samsung. The device does come with a few preinstalled Windows apps and the Microsoft Launcher.

The devices from Samsung sold by Microsoft are known as the Microsoft Editions. The only difference is that they come with some Windows apps installed. These apps can also be found on the Google Play Store.

Earlier this month, Microsoft added the Galaxy S8 and S8 Plus to the online store. Like the Galaxy Note 8 addition, there is no difference other than the preinstalled apps. The two smartphones are available for the same price as Samsung’s. In April, Microsoft began selling the S8 and S8 Plus in stores.

Here are the specs for the Galaxy S8 and S8 Plus:

– 5.8-inch Super AMOLED display. 6.2-inch display on the Plus version.

-3,000mAh battery. 3,500mAh battery on the Plus version. The display and the battery are the only two differences between the S8 and S8 Plus.

– 4GB of RAM and 64GB of storage. Storage expandable up to 256GB with a microSD card.

Earlier this year, the Galaxy S8 became the first ever Android phone sold in a Microsoft store. Since then, the company has added the three smartphones to its online store.

In other Microsoft news, the company released a new update yesterday for the Microsoft Launcher. The update brings many user interface improvements, including redesigned fonts for folder and app names. There were also a few bug fixes and performance improvements. Just a few days ago, Microsoft’s Designer Joshua Bradley said the app had reached one million active users. The app has been downloaded by more than five million users so far and currently has a 4.6 rating in the Google Play Store.