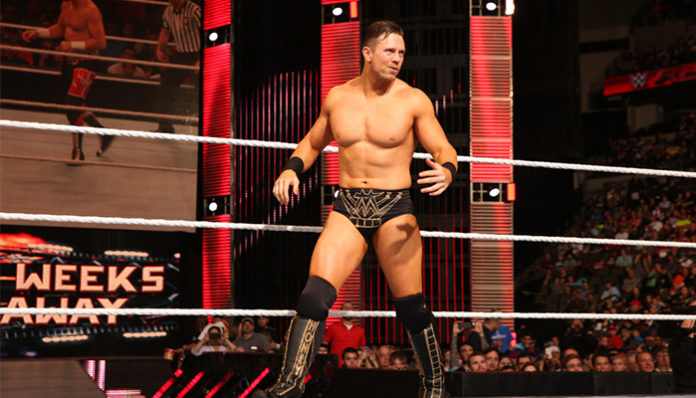 A professional wrestler with the WWE, The Miz currently holds the Intercontinental Champion title. Trained by Bill DeMott and Al Snow, he originally made his debut back in 2003. To learn more about the WWE star, be sure to read on below.

The Miz, The A-Lister, The Awesome One, The Money Makers, The Chick Magnet, The Most Must-See WWE Superstar of All Time, The Soldier of Seduction

The Miz appeared on television for the first time in the tenth season of The Real World in 2001. Later embarking on a professional wrestling career, he has since established himself as a worthy contender over the past years.

The Miz was born in the state of Ohio.

Is The Miz in a Relationship?

The Miz has been married to his wife Maryse Ouellet, a fellow WWE wrestler since 2014. After a period of dating, they had tied the knot at a private ceremony in the Bahamas.

Prior to his current relationship, The Miz had also dated Toni Jonah and Trishelle Cannatella. At one point, it was said that he had also gotten together with Christina Pyle in the past.

He has a step-sister named Tonia

He has a step-brother named Jimmy

In an episode of Raw earlier this fall, it was announced that The Miz and his wife are expecting their first child.

As a student, he went to High School in Parma, Ohio, The Miz was involved in many sports such as cross-country running, swimming and basketball.

Did The Miz Go to College

Following high school, he went to Miami University. Eventually, he transferred to a business school in Oxford, Ohio.

It’s said that The Miz earns upwards of $1.3 million a year, though this has not been confirmed.

Waffles, especially ones from the Waffle House

His favorite band is Def Leppard

Born on October 8, he is a Libra

The Miz’s Snapchat username is @RealMikeTheMiz

Born in Parma, Ohio, The Miz first came to the public’s attention after appearing in the reality series, The Real World, in 2001. He then appeared in a string of spin-offs of the MTV hit show, The Challenge. Later deciding to pursue a wrestling career, he became a part of pro wrestling in 2003. Since then, he has won numerous matches including at the WWE Intercontinental Championship, the WWE United States championship and the DSW Heavyweight Championship events.

What has The Miz been up to recently? For one thing, he has been appearing on television as a recurring character in the reality show, Total Divas since 2016. As well, he appeared in an episode of the game show, The Challenge: Invasion of the Champions, which is hosted by T.J. Levin. Though not an actor by trade, he also made a cameo in the fantasy series, Supernatural last year. In terms of movie appearances, he was also cast as Jake Carter, the lead protagonist in the action film, The Marine 5: Battleground, which came out this March.