Moto Mods Accessories – List of All The Releases So Far 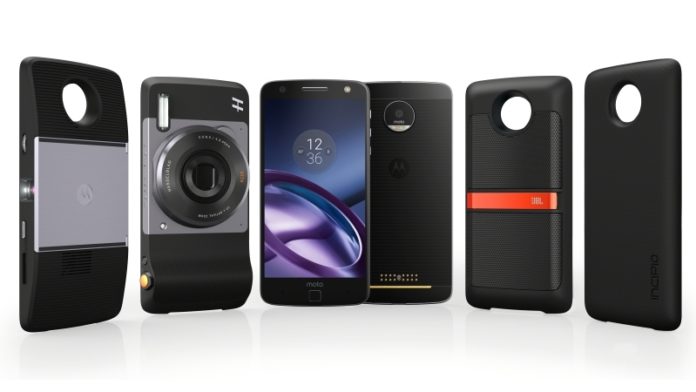 Motorola’s Moto Z smartphones are just one of the few that feature a modular system. Since the debut of those phones, Motorola has released a number of accessories that can be attached to the back of the devices. Motorola said earlier this year that it will release at least 12 Moto Mods in 2017. They have also confirmed that the Moto Mods will remain compatible with devices released over the next three years. Here are all the Moto Mods that have been released so far:

The JBL Soundboost Speaker is all about providing a powerful stereo sound. The Moto Mod also includes ten hours of battery life and has a built-in kickstand. There are now two versions of the JBL Soundboost Speakers, with the two being nearly the same. The second version is a little pricier but it offers other color options. It’s also splashproof, which means it is protected from spills and light rain.

The Moto 360 Camera records 360-degree videos at 4K resolution. The accessory also allows you to take images that you simply can’t take on a smartphone camera. The Moto Mod provides editing software, so you can edit your photos or videos from your smartphone.

This power pack adds up to 20 hours of battery. This accessory comes in two versions, including one that can be used with a wireless charger.

This Moto Mod is exactly what the name says. The vehicle dock also has built-in support for TurboPower Charging. The vehicle power adapter is sold separately.

The JBL Soundboost 2 Speaker was released earlier this year and is similar to the previous version. The accessory provides high quality stereo sound for up to ten hours and comes with a built-in kickstand.

The Moto Mod allows Moto Z users to have all of the features offered by Amazon Alexa. The built-in battery powers the speakers and the accessory can also be used while charging. The modular attachment was announced last month and is available on Motorola’s official website.

The Moto Gamepad turns your Moto Z smartphone into a controller. The accessory adds dual control sticks, a D-pad and buttons. The Moto Gamepad has a built-in 1035 mAh battery for up to eight hours of use.

Motorola’s newest Moto Mod is the Polaroid Insta-Share Printer. The accessory prints any picture you want in seconds. You can choose from your social media pictures or even one that you just took. The Moto Mod is easy to use, just attach it to the back of the phone and then select the print option on the picture you want. The Moto Mod was released last week and is available on Motorola’s official website and Verizon stores in the United States.

The Moto Insta-Share Projector is an accessory that allows you to have a large screen on a flat surface. According to Motorola, the Moto Mod turns any flat surface into a 70” big screen. The accessory provides up to an extra hour of screen time and comes with an integrated kickstand.

These are the Moto Mods released so far but Motorola has promised at least 12 for the year, so we could see one or two more soon. What do you think about Moto Mods? What is your favorite Moto Mod? Let us know in the comments.