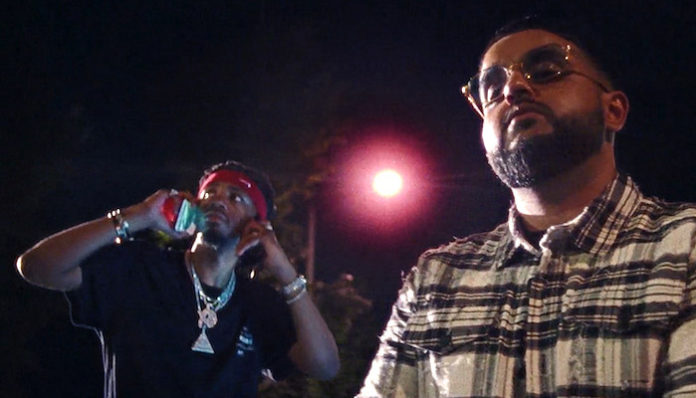 A rising hip-hop artist from Ontario, Canada, Nav has released several records over the past years. Inspired by his uncle- a rather popular singer in his native India, he began to make his own music in his teen years. Pouring many hours into honing his skills, his hard work eventually paid off as his popularity climbed. In 2015, he received a bit of attention after collaborating with Drake on the hit song, Back to Back. From there, he teamed up with Travis Scott- a fellow rapper, on the track, Beibs in the Trap. Featuring his own production, it went on to land a spot on the US Billboard 100 music chart.

From there, he released his eponymous debut mixtape in February 2017. A mix of hip-hop and trap, the record’s production was handled mostly by Nav himself, with help from DannyBoyStyles, Metro Boomin, Amir Esmalian, and Rex Kudo. Laced with 11 tracks, it featured a guest appearance from his label mate, The Weeknd on the track, Some Way. Also included in the track list were, Ten Toes Down, Good For It, Mariah, My Mind, Sleep, and Myself. Supported by two singles, the tape successfully charted within the top 30 on Billboard 200 and within the top 20 on the Hip-Hop Albums chart in the United States. Outside of the country, the tape also enjoyed success in a couple of other countries including Canada where it charted at number three.

Most recently, Nav and Metro Boomin released a collaborative project dubbed, Perfect Timing. Made available on July 21, 2017, it included a number of guest appearances from Gucci Mane, Lil Uzi Vert, Playboi Carti, 21 Savage, and Belly. Led by two records, Perfect Timing and Call Me, the project debuted at number 13 on the Billboard Top, with 30,000 units sold by the end of the first week. A few highlights from the playlist include, You Know, Need Some, Bring it Back, Both Sides, Held me Down, I Don’t Care, Did You See Nav?, and Call Me.

What has the Canadian rapper been up to lately? In support of his releases this year, Nav has also been on tour over the past few months. Since April, he has hit up numerous cities across North America from Toronto, Canada to San Antonio, Texas. As of October 2017, the rapper has already performed over 20 shows! Looking at his schedule now, he still has a few upcoming shows left in Florida, South Carolina, Tennessee, Minnesota, and Illinois. For more information on the dates and venues, be sure to check out his official website.

As far as production credits go, he recently helped to produce tracks for Kodak Black, A Boogie wit da Hoodie, and Gucci Mane.

Initially known for his production efforts, Nav recently rose to fame as a solo artist with the release of his debut mixtape, Nav in February 2017. With his continued releases, his fame has continued to go up over the past few months.

Nav was born in Toronto, Ontario. Growing up, he was raised in the Rexdale district located on the north-west coast.

His height is currently unknown

His height is currently unknown

His weight is currently unknown

His weight is currently unknown

Is Nav in a Relationship?

As far as we know, the rapper is currently not in a relationship.

From what we can gather, there isn’t much information available regarding his relationship history.

No, the emcee is not known to have any children

Prior to graduation, Nav had dropped out during the tenth grade. It has not been revealed which high school he’d attended.

Did Nav Go to College

No, the rapper has not gone to college- he has been pursuing a rap career ever since he dropped out of school.

At this time, information on Nav’s salary is unavailable

In his spare time, he enjoys reading, writing and listening to music

Born on November 3, he is a Scorpio

As far as we can tell, Nav is not on Snapchat