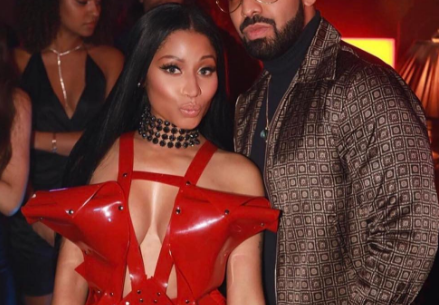 A Grammy nominee, Nicki Minaj rose to fame shortly after signing to Young Money Entertainment in 2009. A singer-songwriter, she released her debut album, Pink Friday in the fall of 2010 to critical acclaim. Featuring guest appearances from Kanye West, Drake, Eminem, and Rihanna, it gave rise to several successful singles including, Super Bass, Moment 4 Life, Right Thru Me, Check it Out, and Your Love. Her first multi-platinum record, close to two million copies have been sold across the US.

From there, she released Pink Friday: Roman Reloaded in 2012. A strong follow-up, the album reached the top of multiple US charts including the Billboard 200. A blend of dance-pop and hip-hop, it included several tracks, one of which included Starships, one of the artist’s most popular singles to date. Two years later, she dropped her third album, The Pinkprint in December 2014. Preceded by Only, Pills n Potions, and Anaconda, it earned her her second Grammy Award nomination for Best Rap Album in 2016. More rap than her previous records, it featured several guest artists including, Skylar Grey, Chris Brown, and Ariana Grande.

In addition to her three albums, she has also contributed to many other hit songs. For instance, she worked with Lloyd and other members of Young Money in the multi-platinum hit, BedRock in 2009. Adding to that, she’s also collaborated with Ludacris on My Chick Bad, Trey Songs on Bottoms Up, Jay Sean on 2012 (It Ain’t the End), Sean Kingston on Letting Go (Dutty Love), and Kanye West on Monster. But that’s not all- she’s also headlined multiple tours. More specifically, she has promoted each of her albums with a tour- this includes the 2012 Pink Friday Tour, the 2012 Pink Friday: Reloaded Tour, and 2015 The Pinkprint Tour.

One of the most influential people in the world according to Time Magazine, Nicki’s contributions to music have earned her dozens of awards. So far, her collection includes six American Music Awards, seven BET hip-hop Awards, eleven BET Awards, two International Dance Awards, four Billboard Awards, and three MTV Europe Music Awards, among many others. What has she been up to lately? Though she hasn’t come out with any new albums, she has released a few singles this year including, Changed It (With Lil Wayne), No Frauds (With Lil Wayne and Drake), and Regret in Your Tears. This past summer, she also held a concert at the Space Ibiza in New York.

Nicki Minaj rose to fame with the success of her debut album, Pink Friday in 2010. With her subsequent projects, her popularity has only continued to soar.

She is currently 34 years old

Nicki Minaj was born in the Port of Spain, Trinidad and Tobago. As a young girl, she lived in the Saint James District before moving to The Bronx, New York.

Naturally, her eyes are dark brown. Having said that, she often wears colored contacts

Though a natural brunette, she is known for wearing wigs of different colors

Is Nicki Minaj in a Relationship?

Yes, she is currently in a relationship with fellow rapper, Nas- the two had gotten together in January 2017.

Previous to this, she was engaged to music producer Safaree Samuels with whom she had a long-term relationship with from 2008 to 2014.

In the past, she has also been romantically involved with fellow rappers Future and Meek Mill.

She has a younger sister named Ming Maraj.

No, she does not have any children. In her song, All Things Go however, she revealed that she had had an abortion at the age of fifteen.

An aspiring performer ever since she was young, she successfully gained entry into Laguardia High School, one of Manhattan’s well known visual and performing arts school as a teen.

Did Nick Minaj Go to College

No, she did not go to college. After graduating from high school, she worked multiple jobs while trying to launch an acting career.

At this time, we do not have any details on Nicki Minaj’s salary.

In her spare time, she enjoys watching TV shows, movies, and listening to music.

Her favorite foods include Curry Chicken, Roti, and mango

Not having a family of her own

Born on December 8, she is a Sagittarius