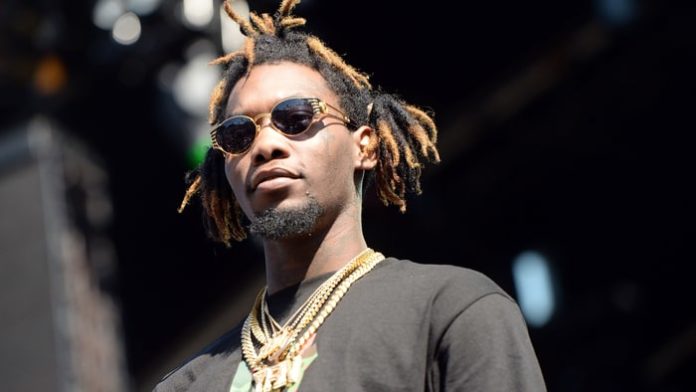 Part of Migos, Offset has been involved with the rap scene ever since the late 2000’s. Hailing from Georgia, he grew up with his cousin Quavo, and his nephew Takeoff, the two other members of the hip-hop trio. In 2011, the group released their debut mixtape, Juug Season; they soon followed up with No Label in 2012. While the tapes garnered them some degree of attention, it wasn’t until the release of their breakout single, Versace in 2013 that they rose to prominence. Produced by Zaytoven, the song quickly grew to become a huge hit. For instance, it had reached both the Billboard Hot 100 and Hot R&B Songs charts.

Taking advantage of their newfound fame, Migos released two gold singles back to back in 2014- Fight Night and Handsome and Wealthy. That same year, they also came out with the mixtape, No Label 2, which went on to peak at number 23 in the US. Working with other artists, the trio eventually dropped the collaborative projects, Streets on Lock 3 (with Rich the Kid), and World War 3D: The Green Album (with Gucci Mane). Ultimately, it wasn’t until the summer of 2015 that they released their long-awaited debut album.

The album, Yung Rich Nation was released on July 31, 2015. Their major label debut, it featured guest appearances from Chris Brown and Young Thug in Just for Tonight and Cocaina respectively- a few other highlights from the track list include, Gangsta Rap, What a Feeling, Recognition, Memoirs, and Spray the Champagne. Praised for its lyricism, the record peaked at number 17 on the Billboard 200 and at number 3 on the Top Rap Albums chart. In support of the album, the trio headlined the Yung Rich Nation Tour alongside fellow rapper OG Maco, which proved to be an overall success.

What has Offset been busy with lately? For one thing, he and the boys have recently released a second album titled, Culture. A vast improvement over Yung Rich Nation, it soared to the top of both the Billboard 200 and Hip-Hop Albums charts in the United States- elsewhere, the album also enjoyed success in France, Germany, New Zealand, and Australia, among other countries. Preceded by the single, Bad and Boujee, the playlist also boasted the titles, Out Yo Way, What the Price, Brown Paper Bag, Slippery, and All Ass, to name a few. From January until now, the album has already been certified platinum by the RIAA.

According to reports, the hip-hop trio is currently working on their forthcoming album, Culture 2, which will be a direct sequel to Culture.

As a member of the hip-hop trio, Offset rose to fame with the release of their breakthrough hit, Versace in 2013. With their subsequent music releases, their popularity has only continued to increase.

Offset was born in Lawrenceville, Georgia. Growing up with Quavo and Takeoff, the three were raised in a suburban area in Gwinnett County, about half an hour northeast of Atlanta. His neighborhood made growing difficult- in his words, “[they] had to get out there and grind.”

Is Offset in a Relationship?

Yes, he is currently in a relationship with a fellow artist, Cardi B. In fact, the two had recently gotten engaged (after a few ups and downs) a couple of days ago at a Powerhouse concert in Philadelphia.

At this time, not much information is available on Offset’s previous relationships.

Offset does not have any siblings

Offset does not have any siblings

As a student, Offset went to Berkmar High School in Lilburn, Georgia- he later graduated in 2009.

Did Offset Go to College

No, Offset has not gone to college. Ever since he started to make music with Takeoff and Quavo, he hasn’t looked back (though that’s not to say he can’t in the future).

At this time, we do not have any details on Offset’s salary.

In his downtime, he likes creating new music- that and spending time with his fiancée

The rapper is a big fan of the Atlanta-based artist, 3k aka Andre 3000

Born on December 14, he is a Sagittarius

At this time, Offset is not active on Youtube