The Original Nexus – Where Are They Now? 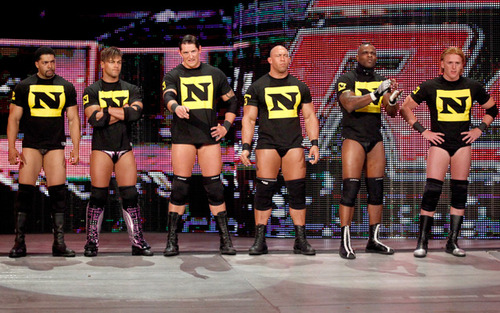 The Nexus had one of the most shocking debuts in WWE when they appeared during a WWE Raw episode in June 2010 and attacked everyone there, including the personnel around the ring. The group continued its attacks on WWE superstars and would later go on to win the tag team championships. But the group wasn’t active very long and after six years, many of the superstars that were seen in that shocking debut are no longer with the company. Where are they now?

Young wasn’t a member of The Nexus very long but he did remain with the company for seven more years. During that time, he won the tag team championships with Titus O’Neil. Young also became a singles competitor in the last two years with the company after Bob Backlund agreed to be his life coach. He would go on to become the number one contender for the WWE Intercontinental Championship but the match against The Miz at WWE Battleground ended in a double countout. Young then began a feud with his former tag team partner Titus O’Neil but in January, Young suffered an elbow injury. In October, WWE released Young and a few other superstars.

David Otunga was with The Nexus throughout its entire time in the WWE. He also became a two time WWE tag team champion during that time, holding the titles once with John Cena and Michael McGillicutty (Curtis Axel). After The Nexus disbanded in 2011, Otunga would go on to compete in several matches but would never win another WWE title.

Otunga retired from in ring competition in 2015 and became one of the hosts of the WWE Raw pre-show. In 2016, he joined the commentary team for the Main Event and Superstars event. Later that year, he joined SmackDown’s commentary team. In 2017, Otunga was traded to the WWE Raw brand, where he is now a pre-show panelist.

Heath Slater is actually the only member of the original Nexus that is still wrestling for the company. After The Nexus, Slater joined other stables such as The Social Outcasts. That didn’t last very long but he did have success after the brand split last year. He wasn’t drafted by WWE SmackDown or Raw but would later join the blue brand. He also found a tag team partner, Rhyno, and they would go on to become the first ever WWE SmackDown tag team champions. Slater is currently on the WWE Raw brand.

Skip Sheffield was part of the shocking debut of The Nexus but three months later, he suffered a broken ankle during a live event. He returned in 2012 as Ryback and would later compete for the WWE Championship. He did not win that title but did hold the WWE Intercontinental Championship. In May 2016, reports said Ryback had been sent home due to a contract dispute. In August 2016, he announced on social media that he and WWE had parted ways. He was released by the company shortly after and is now wrestling on the independent circuit.

Daniel Bryan was only with The Nexus for four days. He was released by the company after choking ring announcer Justin Roberts with his own tie during The Nexus attack on John Cena, CM Punk and personnel around the ring. WWE reportedly described it as too violent for its programming.

Bryan would return to the company shortly after, winning a number of titles. His first title win was against The Miz for the WWE United States Championship. In 2011, Bryan cashed in his Money 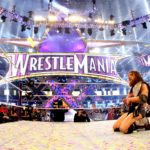 in the Bank briefcase against Big Show, becoming the first Nexus member to win the World Heavyweight Championship. Bryan was featured in two matches at WrestleMania 30, including the main event. He became the WWE World Heavyweight Champion but was stripped of the title after 64 days due to an injury. At WrestleMania 31, Bryan won the WWE Intercontinental Championship. He later relinquished the title due to an injury and on the February 8, 2016, episode of WWE Raw, he announced his retirement. Bryan is currently WWE SmackDown General Manager.

Barrett, the original leader of The Nexus, remained with the company for six years. During that time, he won the WWE Intercontinental Championship five times and was also King of the Ring in 2015. He was released on May 6, 2016, and he later explained that he had decided not to sign a new contract the year before. He is now the General Manager of Defiant Wrestling.

Tarver was a member of The Nexus for just a few months. He made a few appearances after that but was released in June 2011. He is now wrestling on the independent circuit.

Gabriel and Slater walked away from The Nexus after CM Punk became the leader. Gabriel and Slater held the WWE Tag Team Three times. In January 2015, the Wrestling Observer Newsletter reported that Gabriel had quit the company. He was released the following day. In November 2015, he made his Lucha Underground debut.