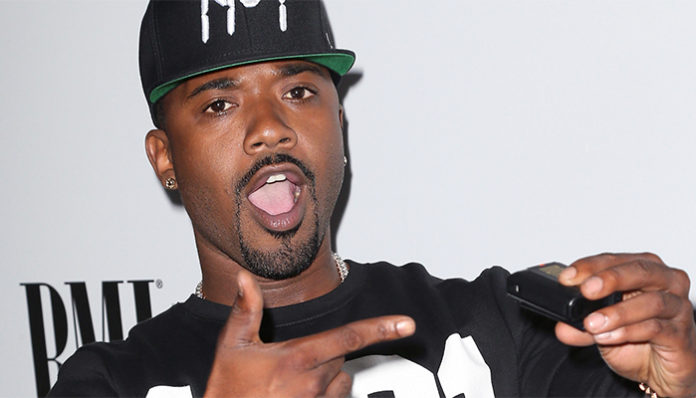 A singer and actor, Ray J first gained attention for his music releases in the late 90’s. Signing to Elektra Records, he came out with his debut album, Everything You Want in the spring of 1997. Responsible for the singles, Let it Go, and Everything You Want, the project eventually peaked at number 33 on the Billboard 200. Then in 2001, he released his second album titled, This Ain’t a Game. A greater success than its predecessor, it gave rise to the Top 40 hit, Wait a Minute. That same year, he teamed up with his sister Brandy on, Another Day in Paradise, which brought him to the forefront of the music scene.

Since then, the singer has released two additional albums- Raydiation in 2005 and All I Feel in 2008. Both decent efforts, the latter eventually spawned his first platinum record, Sexy Can I (Feat. Yung Berg). A few other highlights from the two playlists include, What I Need, One Wish, Gifts, and Girl from the Bronx. According to sources, Ray J is due for a fifth album titled, Redemption next month. Aside from his solo releases, he has also been featured in the works of DJ Kayslay, Boss Hogg Outlawz, 2 Pistols, and Lil’ Fizz, among others. One of his most popular collaborations is that of Tie Me Down, which has since gone platinum in the US.

Aside from his ongoing music career, Ray J is also heavily involved with television. For instance, he played the part of Dorian Long in the popular sitcom, Moesha from 1999 to 2001. Following that, he co-starred in the UPN comedy, One on One, alongside Flex Alexander, Kyla Pratt, Kelly Perine, and Sicily. Eventually branching to reality TV, he began hosting a dating show called, For the Love of Ray J  in 2009, which continued two seasons. Since then, he has been featured in several additional series including, Brandy and Ray J: A Family Business, Love & Hip Hop: Hollywood, and Celebrity Big Brother.

What has he been up to lately? According to IMDb, he has been filming for an upcoming mini-series called, The Last One which will star actors Kirk Brown, Morgan Alexandria, and Stephen Barrington. In addition to that, he will also be appearing in a forthcoming documentary titled, Living for the Sacrifice. Aside from all that, he has of course been reprising his role in the VH1 series, Love & Hip Hop: Hollywood. He has also been featured in the shows, My Kitchen Rules, Hip Hop Squares, The Tonight Show Starring Jimmy Fallon, and Celebrity Big Brother this year.

After making himself known in the late 90’s, his popularity soared with the release of the collaborations, Another Day in Paradise (with Brandy), and Sexy Can I (Feat. Yung Berg).

Ray J was born in McComb, Mississippi. As a young boy, he moved with his family to Los Angeles, California, where he grew up.

Is Ray J in a Relationship?

Ray J has been married to reality star Princess Love since August 2016- the two are featured in the VH1 reality series, Love and Hip Hop: Hollywood.

Prior to his current relationship, Ray J had dated Olivia Alvarez, Mia Milano, Brittany Pena, Monica Leon, and Connie Deveaux, among a few others.

His older sister is the multi-platinum selling recording artist, Brandy.

This summer, it was announced that Ray J and Princess Love are expecting their first child together.

It has not been revealed which high school Ray J went to.

Did Ray J Go to College

No- as far as we know, Ray J has not gone to college. He has been focused on his career in the entertainment industry ever since his high school graduation.

At this time, we do not have any details on Ray J’s salary.

In his free time, he enjoys writing music, listening to music, and reading

I Can’t Get No Satisfaction by The Rolling Stones, Like a Rollingstone by Bob Dylan, Respect by Aretha Franklin, and Imagine by John Lennon

Born on December 4th, he is a Sagittarius.

As far as we can tell, Ray J is not on Snapchat