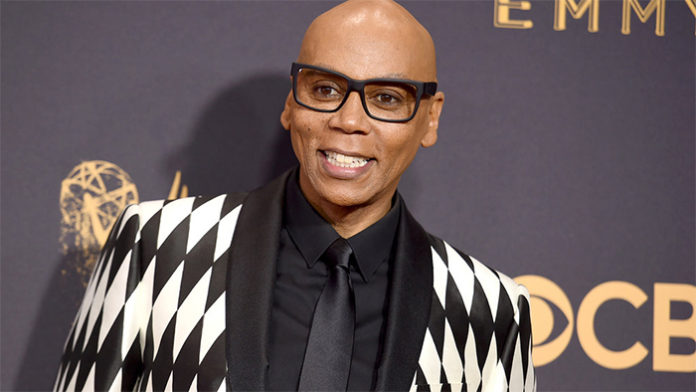 An accomplished individual, RuPaul has made himself known as both a TV personality and singer over the years. A well-known drag queen, he released his first studio album, Supermodel of the World in 1993. By the end of the 90’s, he had dropped three records- all of which had charted in the United States. Some of his initial singles include, Back to My Roots, Don’t Go Breaking My Heart (with Elton John), Snapshot, and A Little Bit of Love. Around that same time, he also appeared in the shows, Saturday Night Live, In the House, and Sister Sister.

After a prolonged break, RuPaul returned to the music scene with his fourth album, Red Hot in 2004; it was later followed by Champion in 2009, and Glamazon in 2011. A few highlights from said projects include, Jealous of My Boogie, Cover Girl, People Are People, and Workout. Since then, he has a handful of additional records, including Born Naked which managed to reach number 85 on the Billboard Top 200. His most recent album, American was made available on March 24, 2017. Influenced by the 2016 presidential election, it went on to spawn the single, American.

In 2009, the drag queen himself also created the reality show, RuPaul’s Drag Race. Premiered on VH1, it documented his search for “America’s next drag superstar.” In addition to Rupaul, the judge’s panel also included Santino Rice, Michelle Visage, Ross Matthews, and Carson Kressley, among a couple of others. Relatively popular, the show has since spawned the spin-offs. RuPaul’s Drag U, RuPaul’s Drag Race All Stars. From its inception until now, the series has won multiple accolades including four Primetime Emmy Awards, a GLAAD Media Award, and an MTV Movie & TV Award.

On top of his eleventh album, he had issued two compilation records- Remember Me: Essential, Vol. 1 and Essential Vol. 2 earlier this year. At one point, he also made a guest appearance in Todrick Hall’s song, Low.

Shortly after establishing himself in the New York nightclub scene, he rose to fame with the release of his breakout single, Supermodel (You Better Work), which peaked at number 45 on the Billboard Hot 100.

He is currently 56 years old

RuPaul was born and raised in San Diego, California- it wasn’t until later on that he relocated to Atlanta for his studies in the performing arts.

Is RuPaul in a Relationship?

Openly gay, he has been married to American painter Georges LeBar (he owns a ranch in Wyoming) since January 2017. The two were spotted together in the public for the first time this spring.

Due to his busy filming schedule, it’s said that the couple only sees each other every two months- regardless, they seem madly in love!

At this time, we do not have any information on RuPaul’s previous relationships.

He has three sisters named Rozy, Renae, and Renetta

As a student, RuPaul went to Patrick Henry High School in his hometown in San Diego, California. He took his GED and graduated in 1979 (though not at the same time as his peers).

Did RuPaul Go to College

No, as far as we know, RuPaul has not gone to college.

At this time, we do not have any details on RuPaul’s salary.

His favorite films include Elvira and Mistress of the Dark

Proud by Heather Small, I Am What I Am by Gloria Gaynor, and Fight For This Love by Cheryl Cole

Born on November 17, he is a Scorpio

As far as we know, Rupaul is not on Snapchat