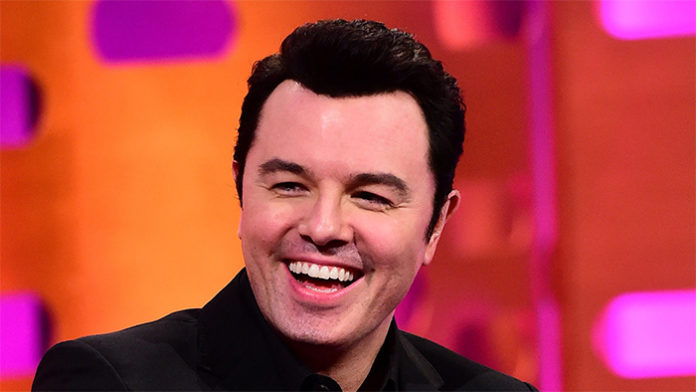 Known for his work on television, Seth MacFarlane is perhaps best known as the creator of the animated comedy, Family Guy. Originally from Kent, Connecticut, he worked as an animator for several years prior to making it big in the late 90’s- some of the cartoons that he worked on during that time include, Johnny Bravo, Dexter’s Laboratory, I Am Weasel, and Cow and Chicken. As the country’s youngest executive producer, he later created the series Family Guy during his twenties, which first aired on January 31, 1999. Incredibly successful, it would eventually make him the world’s highest-paid TV writer.

From there, he pitched a second show titled, American Dad! in the mid-2000’s. Created alongside Mike Barker and Matt Weitzman, the animated series premiered on the Fox Network on February 6, 2005. A big hit, it drew in over 15 million views during its series premiere. Featuring MacFarlane as the voice of Stan Smith, the show has won numerous awards over the past years including three Primetime Emmy Award and two Annie Awards. Still on the air, as we speak, the show’s fourteenth season recently wrapped up in September 2017. For his work on the show, he received several awards including two Primetime Emmy Award nominations.

In the recent years, MacFarlane has developed a few other titles including, The Cleveland Show– which serves as a spin-off to Family Guy. Conceived in 2007, it centered around two dysfunctional families led by Donna Tubb and Cleveland Brown. Though the series received mixed reviews from critics, it received a fair share of accolades including nominations for two Teen Choice Awards, an Annie Award, and a Primetime Emmy Award. After a four-year run, its fourth and final season came to an end in 2013. In terms of other projects, he had also released a web series called, Cavalcade of Cartoon Comedy in 2008.

Adding to that, he has also worked on the animated series, Phineas and Ferb, The Simpsons, Futurama, Robot Chicken, and Bones. In 2012, he even starred in the feature film, Ted, in which he provides the voice for the titular character- a talking teddy bear. Outside of acting, the comedian has also been featured on several talk shows over the years. For instance, he has been invited as a guest onto The Tonight Show Starring Jimmy Fallon, Live with Kelly and Ryan, Late Night with Seth Meyers, and The Graham Norton Show. This summer, he also hosted an episode of Carpool Karaoke alongside Ariana Grande.

Seth MacFarlane rose to fame as the creator of the comedy series, Family Guy in the late 90’s. Since then, he has also helped to develop the shows, American Dad!, and The Cleveland Show.

He is currently 44 years old

Seth MacFarlane was born in Seth, Connecticut, where he grew up and went to school.

He is of Irish, Scottish, and English ancestry

Is Seth MacFarlane in a Relationship?

As far as we can tell, he is currently single. Having said that, he was recently spotted embracing a mystery woman in public earlier this year.

In 2012, MacFarlane dated American actress Emilia Clarke, who is best known for her role in Game of Thrones (he is a big fan of the show); the pair eventually broke up six months later.

Growing up in the late 80’s, he was a student at Kent School, from which he received his high school diploma from in 1991.

Did Seth MacFarlane Go to College

Following his graduation, he enrolled at the Rhode Island School of Design where he studied video, animation, and film; he later received a Bachelor of Fine Arts degree from the institute.

At this time, we do not have any details on Seth MacFarlane’s salary.

He enjoys drawing, reading, playing the piano, working out, and watching movies in his free time

The Sound of Music, Star Wars