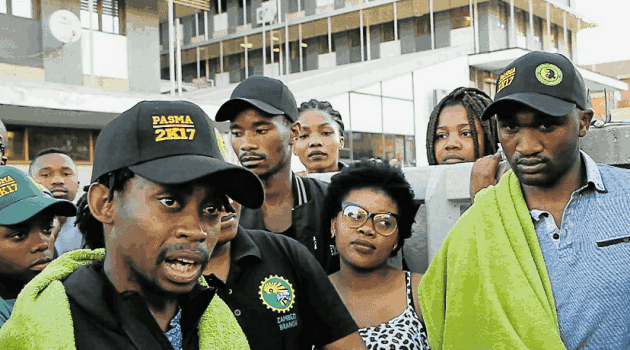 Back in August, it was revealed that a university student had accidentally received $1 million in financial aid. The student discovered the wrong deposit in her account and would go on to live a much different life for a few months.

Its been months since the mistake was discovered but a university spokesperson said recently that the investigation is still underway. The spokesperson said they are still waiting for a report, so nothing has happened yet.

The university and company behind giving out the payments to students does know that the student went on a spending spree after discovering the error. In June, Sibongile Mani was accidentally given over $1 million for her monthly food and books allowance. She was supposed to receive just a few hundred dollars.

The student went on a spending spree and news about the huge payment surfaced when the error was discovered in August. The company making the payments alleged that the student never reported the error.

Mani spent thousands of the money she mistakenly received in June. Local media reports say she spent some of that money on expensive clothing and parties.

The students in the university noticed the change and reports say one of the students actually reported her, which then led to the company finding the error. The rest of the money was returned shortly after the error was found but it appears that the investigation is far from over.

The company in charge of making the payments has launched its own investigation. They have also asked police to investigate. The company recently said it had paid from its own funds to the university to cover the loss of what the student is said to have spent during those three months. The spokesperson said the university is waiting for the result of the two investigations.

Mani has remained quiet since the news surfaced but has not been able to escape the criticism by students who are not happy with what she did with the money she mistakenly received. In September, the student was at a press conference and even though she didn’t speak, she was mobbed by students demanding for her to pay the money back. The university spokesperson said a few days ago that the company behind the payments had paid back the money the student allegedly spent.

Questions remain on how the student was able to spend so much money in just a few months since the card she used is restricted. With the card, students can only buy in selected grocery stores, book stores and pre-approved merchants.

Her grandmother has asked for her to be forgiven but has also said she is disappointed with how she used the money. She says she was told about the news by one of her neighbors. Her grandmother says she should have built her a house instead.