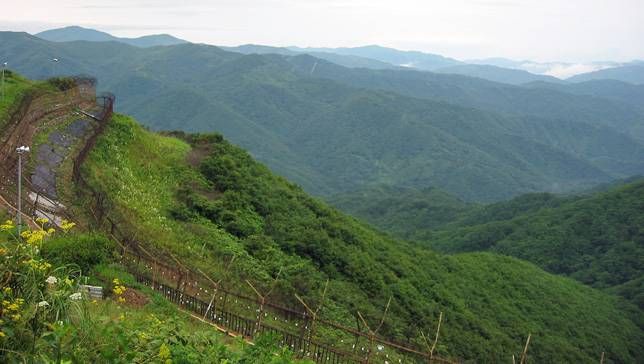 A Michigan man who was caught wandering near the Demilitarized Zone last week has been deported, officials have confirmed.

The man was detained last week while trying to make it through the border from South Korea into North Korea, according to South Korean officials. Yonhap news agency reported that a villager discovered the man and contacted South Korean military. The man reportedly told authorities that he was trying to enter North Korea for political purposes.

South Korean officials have not given much details about what the man was planning to do and his detention process. The US Embassy in Seoul did not comment on the incident but said they had offered appropriate consular services.

On Wednesday, South Korean officials did confirm that the man had been deported. The man had reportedly arrived to South Korea three days before he was caught. The arrest happened near the Demilitarized Zone, which is one of the most guarded areas in the world.

In 2014, South Korean guards arrested an American man who was attempting to swim across a river to North Korea. The man told authorities he was planning to go there to meet North Korea’s leader.

The recent arrest of the American man came around the same time a North Korea soldier defected. The soldier attempted to cross through the DMZ with a vehicle but a wheel came loose. He then continued the journey on foot but was shot at 40 times by North Korean soldiers. South Korean officials later confirmed that the soldier had been shot at least five times and that he was in critical condition. He woke up yesterday.

Reports said the attempt was only the third since 1998. Hundreds of people flee North Korea every year but attempts of crossing the Demilitarized Zone are rare. The DMZ is one of the most guarded places in the world as South Korea and North Korea are technically still at war since they only signed a truce in 1953. Most North Koreans escape through the border with China since it’s less guarded.