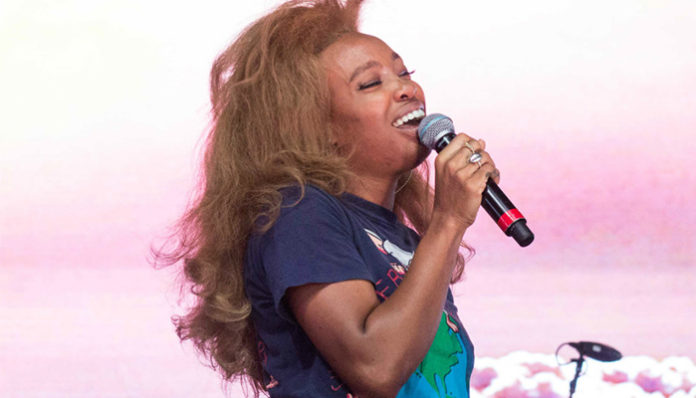 An R&B singer-songwriter, SZA came out with her debut extended play, See.SZA.Run in 2012. Following another release in 2013, she signed with Top Dawg Entertainment through which she issued her third EP, Z. Want to learn more about the neo-soul singer? Be sure to read on below.

SZA is perhaps best known for her gold-certified album, Ctrl which recently came out in stores on June 9, 2017. Among the tracks that it gave rise to were the platinum hits, Love Galore (Feat. Travis Scott), and The Weekend.

SZA was born in St. Louis, Missouri. Growing up, she was raised in Maplewood, New Jersey, where her father worked at CNN and her mother at AT&T.

Is SZA in a Relationship?

As far as we can tell, the singer is currently single. Having said that, SZA has never been too straightforward about her dating status.

Though she hasn’t revealed much about her dating history, it’s known that she has been in a number of past relationships. For instance, she had dated Scott Sasso, the owner of a streetwear company at one point.

She has an older half-sister

As far as we know, the singer does not have any brothers

SZA does not have any children

As a teen, she went to Columbia High School where she was active in sports such as cheerleading, gymnastics. Following the 9/11 attacks, however, she fell victim to bullying which ultimately led her to stop wearing her hijab.

Did SZA Go to College

Following her high school graduation, she went to Essex County College where she majored in the liberal arts. Prior to completing her program, however, she dropped out.

At this time, we do not have any information on SZA’s salary.

Music is her hobby- even in her free time, she likes writing new songs

Some of her biggest influences include Meelah, Red Hot Chilli Peppers, Lauryn Hill, Ella Fitzgerald, and Macy Gray, among others

Born on November 8, she is a Scorpio

Born in St. Louis, Missouri, SZA has been creating music since the early 2010’s. In the fall of 2012, she self-released her debut EP, See.SZA.Run, which was characterized by a strong bass and crushed beats. Soon afterward in 2013, she issued a second album titled, S, which was met with critical acclaim. Later signing with Top Dawg Entertainment, she issued her next project, Z, in 2014. Her first record to reach the music charts (e.g. number 39 on the Billboard Top 200), it gave rise to many popular tracks including, Babylon, Juia (Tender), and Warm Winds). Since then, the artist has dropped her debut album, Ctrl on Jun 9, 2017.

A smash hit, the album reached as high as number three on the Billboard 200. Praised by music critics, the neo-soul project gave rise to three singles, The Weekend, Love Galore, and Drew Barrymore, two of which went platinum twice in the US. Within a few months of its release, Ctrl itself had also earned gold accreditation from the RIAA. In support of the album, she has also been headlining the Ctrl Tour this year. What else has SZA been up to lately? As a featured artist, she recently collaborated with Maroon 5 on the track, What Lovers Do, which peaked at number 12 in the United States. From there, she also teamed up with Lorde on the remix, Homemade Dynamite.