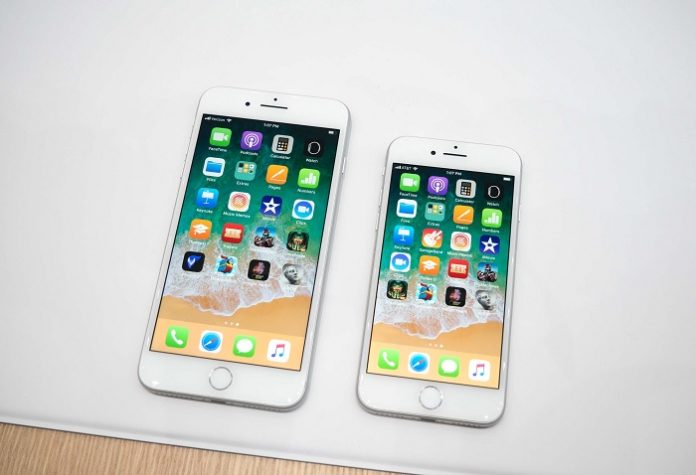 Well that’s Black Friday out of the way and hopefully you’ve survived the hectic crowds and tussles for those prized doorbuster deals, and now you’re ready for Cyber Monday, the far less stressful and more enjoyable shopping experience that we can all enjoy while in the comfort of our own homes. Originally Cyber Monday was focused on new and exciting electronics, and even though it’s now become the best time to get online deals on all sorts of products, there’s still a buzz about buying some of the latest gadgets during the Cyber Monday sales, and the most sought after new purchase of all when it comes to technology is the Apple iPhone.

I felt more than surprised when researching this article and realizing that Apple’s bestselling smartphone has been with us for just a decade, it’s already become such an important part in many of our lives. Like many others it’s a rare hour when I don’t spend at least a few minutes glancing at my favorite electronic friend that never leaves my side, and like many others I was excited to hear Apple announce the launch of not one but three new iPhones in September of this year. Along with the iPhone 8 Plus and the iPhone X, the iPhone 8 has become another record breaking best-seller for Apple, and even though the iPhone 8 is the smallest, and the cheapest of the three new iPhones, there’s not really all that much between them in terms of speed, processing power and all those nifty features.

You can read countless comparisons of the relative benefits of all three new iPhones online, and if you’ve decided that the iPhone 8 is the latest version of the iPhone for you, then you’ll be looking out for the best Cyber Monday deals. There aren’t huge discounts on such a prized item, but there are a few deals that you can take advantage of which I’ve listed below.

By far the best Cyber Monday deal on the iPhone 8 I’ve found is that offered by AT&T. It does only apply to the iPhone 8 and not the iPhone 8 Plus, but it is a buy one get one free deal, which is a saving of around $800 considering the cost of a new iPhone 8. If you can find a friend or family member who would like a new iPhone 8 then this must be the deal for you, as you can both get one for effectively half price. You need to buy the phones on AT&T Next with an eligible wireless service, and full details on the terms and conditions that apply can be found at ATT.Com, but essentially the deal is dependent on you taking two new lines with AT&T, or alternatively use one existing upgrade and get one new line from AT&T on a monthly instalment contract.

There are no other deals that quite compare with AT&T’s offer of a free phone, but that does have conditions relating to the wireless service, and it does only apply to the iPhone 8. Sprint’s Cyber Monday iPhone 8 offer is a generous reduction of $350 off the listed price of an iPhone 8 or iPhone 8 Plus, both models offered at the discounted price are the 64GB version and the deal is dependent on a trade in with an eligible device. Eligible devices include the iPhone 7 and 7 Plus, the iPhone 6 and the 6 Plus, as well as the Samsung Galaxy and several other leading phones. Full details of the offer and all eligible trade in devices can be found at Sprint.com.

Target are offering a $250 gift card with any purchase of an iPhone 8 or iPhone 8 Plus with activation this Cyber Monday.

Best Buy are offering a $200 discount on both the iPhone 8 and the iPhone 8 Plus, on the condition that the customer activates a new line with AT&T, Spring or Verizon. Although not the biggest saving, it does appear to be the only deal where the discount is directly taken from the cost of the product, as all other discounts are repaid in rebates, gift cards or in other ways.

T-Mobile have extended their Black Friday offer into Cyber Monday 2017. It’s another buy one get one free offer on the iPhone8, but again it unfortunately doesn’t apply to the iPhone 8 Plus. When one iPhone 8 is purchased from the Un-carrier another one is free when a new line is activated. The phone will need to be paid for initially but the cost of the second phone is returned in the form of a rebate via a prepaid Mastercard. Full terms and conditions for the deal can be found at T-mobile.com.

So far those are the best discounts and deals offered for the new iPhone 8 and iPhone 8 Plus for Cyber Monday 2017. There may be other deals offered at the last minute or on Cyber Monday itself, so keep checking for new deals to see if you can pick up a last minute amazing deal offer on the hottest new Apple Smartphones. Large retailers such as Walmart may offer deals on Apple products in individual stores, although these will vary from location to location, so check with your local large retailers for any individual offers on Apple iPhones that they may have.