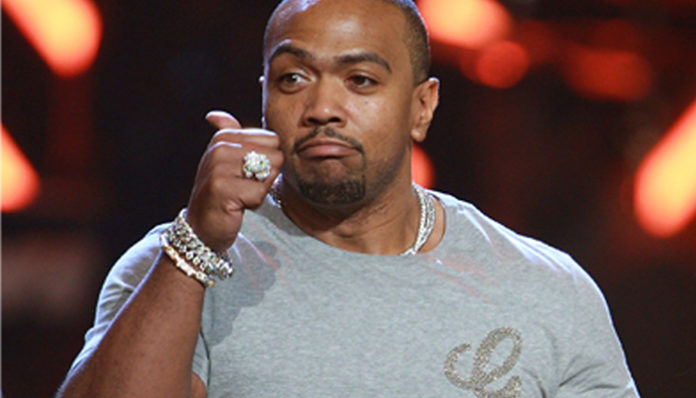 One of the most prominent names in the hip-hop scene, Timbaland has been producing music ever since the 90’s. While still in his twenties, he released his first album titled, Tim’s Bio: Life from da Bassment. Produced entirely by the artist himself, the compilation of tracks included several collaborations including those with Missy Elliott, Has, Ludacris, Aaliyah, Twista, and Jay Z, to name a few. Some of the said songs include Phat Rabbit, What Cha Talkin’ Bout, Who Am I, John Blaze, Keep it Real, and Can’t Nobody. A solid debut, it managed to peak at number 41 on the Billboard Hot 200 within a few weeks of its release.

Despite that, it wasn’t until nearly a decade later that he rose to fame with his second album, Shock Value. Released in the spring of 2007, the project came laced with 17 tracks, many of which featured guest artists such as Nelly Furtado, 50 Cent, Elton John, Dr. Dre, Justin Timberlake, Nicole Scherzinger, and Fall Out Boy. One of the best selling albums in the UK, it gave rise to several hits such as Give it To Me, The Way I Are, and Apologize (Remix), two of which have received RIAA accreditation. Certified platinum in the US, Shock Value has sold over one million copies across the country.

His third studio album, Shock Value II was released in the winter of 2009. A follow-up to his platinum-selling album, most if not all of the tracks were collaborations with artists such as Drake, Miley Cyrus, Nelly, JoJo, D.O.E., Melody Thornton, and Katy Perry. Despite its mediocre performance, it peaked as high as number 36 on the Billboard Top 200. Elsewhere, the album also charted in the UK, France, Germany, Canada, Belgium, Australia, Greece, and Germany. From then until now, Timbaland has dropped one additional project, a mixtape dubbed, King Stays King.

Like most artists, Timbaland also has his fair share of television appearances. Though not much of an actor, he has appeared in the TV series, Flashforward (2010), and Clash Time (2012). In 2015, he also made a cameo in the music drama, Empire. Will he be appearing in any other shows in the near future? Your guess is as good as ours! Though his list of acting credits is short, he has been invited onto numerous talk shows over the years such as The Meredith Vieira Show, Steve Harvey, and Live with Kelly and Ryan. Most recently, he participated in the game shows, The Pop Game (2017), and Boy Band (2017).

Speaking of recent ventures, Timbaland is currently working on his fourth studio album, Textbook Timbo, which will presumably come out later this year. Having said that, no official release date has been announced as of yet.

As a solo artist, Timbaland first received widespread attention for his second studio album, Shock Value, which was released in April 2007.

Timbaland was born in Norfolk, Virginia. Growing up, he was raised in Virginia, Beach, where he went to school.

Timbaland currently weighs 201 pounds. He recently lost over 130 pounds, down from 331 pounds.

He recently lost over 59kg

Is Timbaland in a Relationship?

As far as we can tell, Timbaland is currently single- having said that, a few months ago he was spotted with a mysterious lady out in the public.

Previously, he was married to Monique Mosley for seven years; the two later divorced in 2013.

He has a sister named Courtney Rashon who works as a makeup artist.

He has a brother named Sebastian who is nine years younger.

He has three children- two sons named Frankie and Demetrius and a daughter named Reign.

Growing up in Virginia Beach, he went to Salem High School, where he eventually graduated in 1990.

Did Timbaland Go to College

No, Timbaland has not gone to college as far as we can tell.

Having said that, he received a High Honour at Trinity college in 2008- something only given to a handful of people every year.

At this time, we do not have any details on Timbaland’s salary.

He enjoys making music in his spare time

Though he doesn’t have a favorite, he is a big fan of Aaliyah’s work