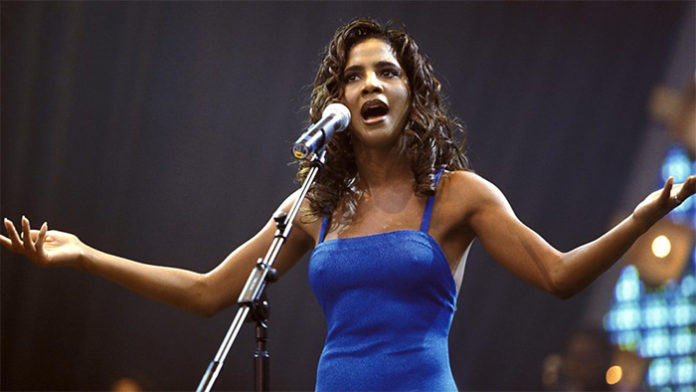 The winner of seven Grammy Awards, Toni Braxton rose to fame as a popular R&B singer in the early 90’s. After singing with her sisters as The Braxtons, she launched a solo career with the self-titled album, Toni Braxton in 1993. A massive hit, it peaked at the top of the Billboard 200 after debuting at number 36. Responsible for a handful of classics including, Another Sad Love Song, Breathe Again, and You Mean the World to Me, the album garnered her many awards including three Grammys and two American Music Awards. One of her most popular records to date, it has since gone platinum eight times in the US.

A few years after her breakthrough debut, Braxton released a second album titled, Secrets in 1996. Just as successful as her previous effort, if not more so, it spawned four singles- You’re Makin’ Me High, Un-Break My Heart, How Could an Angel Break My Heart, and I Don’t Want To. Critically acclaimed, the record reached number one in multiple countries, including the US, Norway, Switzerland, and Denmark. In support of the album, the singer also went on the Secrets Tour, which continued from 1996 to 1997. To date, over 5.3 million copies have been sold across the country.

Her third album, The Heat was later released in the spring of 2000. A departure from her earlier works in that it contained fewer ballads, the project included two guest appearances from Dr. Dre and Lisa Lopes. Produced by Braxton herself alongside Keri Lewis, Babyface, and Rodney Jerkins, among others, the playlist boasted twelve tracks including, I’m Still Breathing, The Art of Love, Speaking in Tongues, and Never Just For a Ring. While its sales didn’t manage to surpass that of her previous efforts, the album still went on to win her a Grammy Award for Best Female R&B Performance.

Since then, Braxton has released several additional albums including, Snowflakes, More Than a Woman, Libra, and Pulse. Most recently, she came out with the single, Deadwood on September 14, 2017. Speaking of recent endeavors, what else has she been up to these months? Looking at her IMDb page, it would appear that she will be playing the lead role in the upcoming TV film, God’s Plan. On top of that, she will also be starring in Faith Under Fire, which is scheduled for a 2018 release. In terms of other television appearances, she’s also been invited to The Insider, Steve, and Home & Family in the recent months.

As far as music releases go, she will be releasing a brand new album titled, Sex & Cigarettes in 2018.

Toni Braxton rose to fame in the early 90’s with the release of her eponymous album in 1993. Since then, she has followed up with a number of albums, many of which received multi-platinum certification. To date, she has sold over 67 million records across the world.

She is currently 50 years old

Toni Braxton was born in Severn, Maryland, where she grew up in a strict household with her five brothers and siblings.

Is Toni Braxton in a Relationship?

Toni Braxton has been dating American rapper, Baby since April 2016.

Previously, she was married to Keri Lewis- a musician who is best known as a member of the R&B band, Mint Condition. After meeting while on tour, they had gotten married in 2001; after thirteen years of marriage, they divorced in the summer of 2013.

Prior to that, she had also been romantically involved with Curtis Martin and Shemar Moore.

She has four younger sisters- Toward, Traci, Tamar, and Trina. Together, they had performed as The Braxtons during the 80’s.

She has a younger brother named Michael, Jr. who was born in 1968.

As a student, she went to Glen Burnie High School, from which she graduated from in 1984.

Did Toni Braxton Go to College

After completing high school, she enrolled at Bowie State University in Maryland, where she had intended on obtaining a teaching degree. As it happened, however, her musical talents were discovered prior to her completing her program.

At this time, we do not have any details on Toni Braxton’s salary.

In her spare time, she loves shopping- she is a big fan of designer shoes and clothes

The Sound of Music, Star Wars

Are You There God? It’s Me, Margaret by Judy Blume

Born on October 7, she is a Libra

As far as we know, Toni Braxton is not on Snapchat