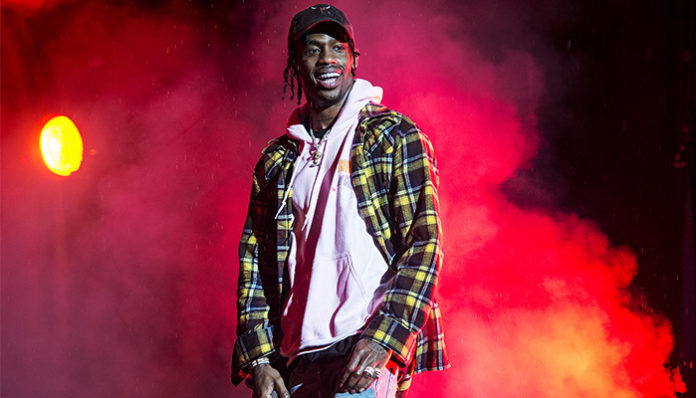 A rapper from Houston, Texas, Travis Scott left college to pursue a full-time music career in his early twenties. Shortly afterward, he self-released his debut mixtape, Owl Pharaoh in 2013; its sequel, Days Before Rodeo was dropped a year later. Still, it’s it wasn’t until the release of his 2015 album, Rodeo that he rose to prominence. A decent hit in the US, where it had peaked at number 3 on the Billboard 200, it gave rise to Antidote, one of his most popular tracks to date. As well, the tracklist also included the titles, Nightcrawler (Feat. Swae Lee and Chief Keef), 3500, Pray 4 Love (Feat. The Weekend), and Oh My Dis Side (Feat. Quavo).

Then in 2016, Scott came out with a second album dubbed, Birds in the Trap Sing McKnight. His first record to reach number one in the United States, it went on to spawn the hit single, Pick Up the Phone (with Young Thug featuring Quavo), which has since received double platinum accreditation from the RIAA. Also included in the playlist were: Biebs in the Trap (Feat. Nav), Outside (Feat. 21 Savage), Way Back, and Goosebumps (Feat. Kendrick Lamar). Praised by mainstream publications, the album managed to reach the top 10 in a few countries including Canada, Australia, New Zealand, and the UK.

As a featured artist, he has also worked with several names including DJ Mustard, Wiz Khalifa, Gucci Mane, Drake, SZA, Kris Wu, and 2 Chains. Some of the said collaborations include, Sky Walker, Know No Better, Portland, Love Galore, Whole Lotta Lovin, and Bake Sale. Adding to that, he’s also guest appeared in the works of T.I., Pusha T, Wynter Gordon, John Legend, Chuck English, among many others. Speaking of collabs, it has been announced that a collaborative project with Georgia rapper Quavo is currently under works. According to reports, the two have spent countless hours in the studio gearing up for its release over the past little while, which according to a recent interview, is “real soon.”

What else has the rapper been up to in the recent months? For one thing, he released the track, Butterfly Effect on May 15, 2017. Certified platinum with over a million sales, the music video has already been viewed close to 52 million times on Youtube. In addition to that, Scott also teamed up with Quavo and Lil Uzi for the song, Go Off, which was used in the film, The Fate of the Furious: The Album. In terms of public performances, he’s also been on the road for his 2017 tour which is still continuing as we speak. His last concert of the year will be held at South Lake Tahoe on December 29, 2017.

Following the release of his two mixtapes, Scott rose to fame for his debut album, Rodeo which went on to spawn his 3x platinum hit, Antidote.

He is currently 25 years old.

Born in Houston, Texas, Travis Scott was raised by his grandmother in the middle-class suburban area of Missouri City.

Is Travis Scott in a Relationship?

Yes, Travis Scott has been dating reality star, Kylie Jenner since April 2017. According to tabloids, the couple had known each other for quite a while prior to getting into a relationship.

Prior to his current relationship, he had been in a relationship with American model Chantel Jeffries in 2015. Allegedly, he had also had an encounter with Rihanna that same year.

The name of his mother has never been revealed.

The name of his father has never been revealed.

He has twin siblings, a sister, and a brother.

He has twin siblings, a sister, and a brother.

His girlfriend Kylie Jenner is currently fifth months pregnant with their first child, a baby girl, according to People Magazine. Assuming all goes accordingly, she will be giving birth in February 2018.

Despite having gone to a private elementary school, he later went to Elkins High School, a public school in Missouri City, Texas. A diligent student, he had actually graduated a year early at the age of seventeen.

Did Travis Scott Go to College

Following his high school graduation, he continued his schooling at the University of Texas- though he ultimately dropped out prior to obtaining his degree.

At this time, we do not have any details on Travis Scott’s salary.

In his free time, he enjoys writing music, reading, and going to football games.

Born on April 3rd, he is a Scorpio.