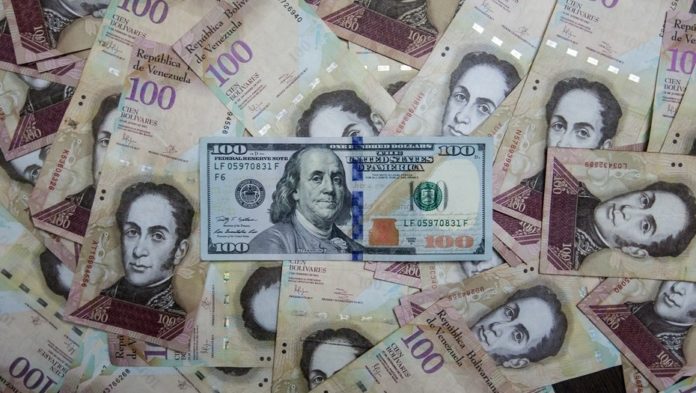 Venezuela has exchange controls, meaning most Venezuelans have to buy dollars in the streets. The black market exchange rates are what many of the businesses follow. Websites such as Dolar Today are where many Venezuelans check to see how much the dollar is worth.

Dolar Today shows that 81,000 Bolivares are now one dollar. Just last week, it was 50,000 Bolivares per dollar. This means that the new bill announced by the Venezuelan government a few weeks ago is now worth around $1.15 with the black market exchange rates. It was worth a little over $2 when it was announced earlier this month.

Dolar Today is one of Venezuela’s most popular websites when it comes to unofficial exchange rates. The website, which the government says is being used as a tool in the economic war, updates the unofficial rate every day. The website calculates the rates with exchange operations that take place in Caracas and the Colombian border city of Cucuta. Dolar Today also shows how much the euro is worth and how much the dollar is worth in Cucuta, where Venezuelans usually go for quick exchange operations and the purchase of basic items such as food and medicine.

The unofficial rates mean the minimum salary in Venezuela is now less than three dollars. The total salary with bonuses is now less than six dollars. Venezuela’s inflation is currently one of the highest in the world and the situation doesn’t appear to be getting any better.

There are shortages of food, medicine and even bills. Earlier this month, the government introduced a new bill to keep up with the prices and reduce the amount of cash needed to make a purchase. But that bill is now worth a lot less than when it was first announced in early November.

Venezuela introduced exchange controls in 2003 and has recently cut down on giving out dollars to private companies. This has forced companies to leave the country or go to the black market exchanges for dollars. The prices are then set with the exchanges shown by the website.