Venezuela Introduces 100,000 Bolivar Bill Worth a Little Over $2 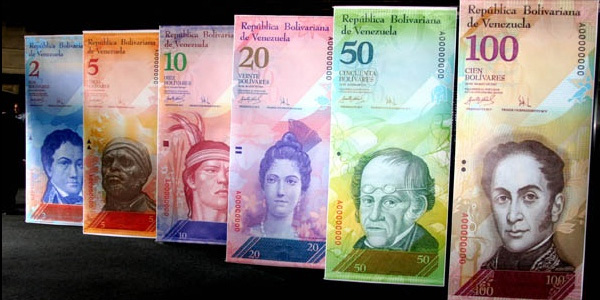 Venezuela has introduced a 100,000 Bolivar bill that is worth around $2.30 on black market exchanges. The new bill will reduce the amounts of cash needed to make a purchase but is part of a replacement plan. President Nicolas Maduro said during a cabinet meeting that the use of the physical currency is being replaced.

The new note unveiled by the president comes just months after the country introduced new bills to keep up with the inflation. Last year, the highest bill in the country was 100.

The new Bolivar bill was announced on Wednesday and comes as a temporary solution while the government continues to work on getting rid of paper money.

Last year, the Venezuelan government announced that it would be withdrawing the 100 Bolivar bill, which was the highest amount of cash on the market at the time. The government explained that the decision was made to stop the smuggling of the bills on the border with Colombia. Venezuelans were given ten days to exchange the bill at banks across the country but the announcement caused long lines and even protests from those who couldn’t exchange them. There were reports of ATMs still using the bill, even though it was going to be out of circulation in days.

The problem forced the government to delay the removal of the 100 Bolivar bill from circulation. The 100 Bolivar bill, which was over 50 percent of the cash in circulation at the time, is still being used nearly a year after the announcement. The new bills also failed to arrive on time, leading to cash shortages across Venezuela.

The International Monetary Fund estimates that Venezuela’s inflation rate is set to go over 2,300 percent next year.