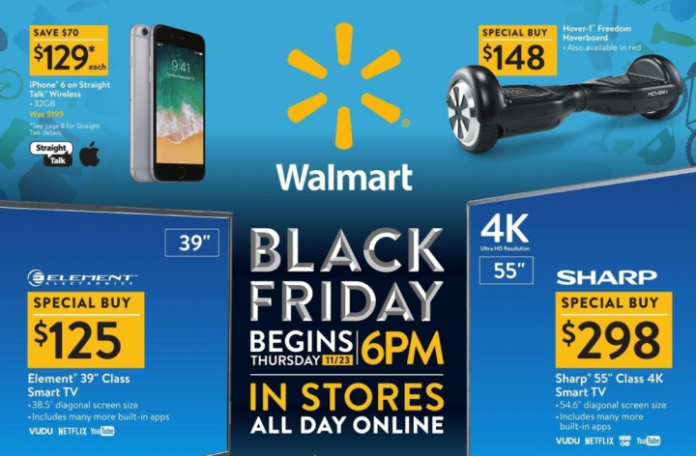 Walmart is probably one of the biggest major retailers in the entire country. Millions of people across the nation flock to Walmart on a regular basis to purchase clothing, electronics, appliances, and even groceries. You can buy pretty much anything there, which makes it a very popular destination among holiday shoppers. Black Friday is always a huge event for Walmart, since they often offer some pretty deep discounts across a wide variety of products. When it comes to Walmart’s Black Friday, it’s always good to come prepared.

Luckily, this leak makes it very easy to do just that. Walmart’s 2017 Black Friday ad scan leaked, which gives us all the chance to preview and prepare for this year’s deals. In this article, I’m going to be highlighting some of the most impressive deals that Walmart will be offering this year. However, I won’t be able to get to every single one of them, so if you’re looking for an all-inclusive list of Walmart’s Black Friday deals, then I recommend that you scroll to the bottom of this article and download the complete ad leak. Without further ado, let’s take a look at some of these bargains!

When does Walmart open for Black Friday?

Walmart is going to be opening up its doors at 6 pm on Thanksgiving. With this, they continue to be one of many retailers that chooses to begin their Black Friday sale on Thursday instead of Friday.

Walmart’s Black Friday sale will be taking place both online and in-store. The online sale will be kicking off much earlier than the in-store sale, and it’s assumed that it will be beginning at around midnight on Thanksgiving.

If you would like to view Walmart’s full 36-page Black Friday 2017 ad scan, then all you have to do is click the image of the flyer below in order to download or view the complete ad. 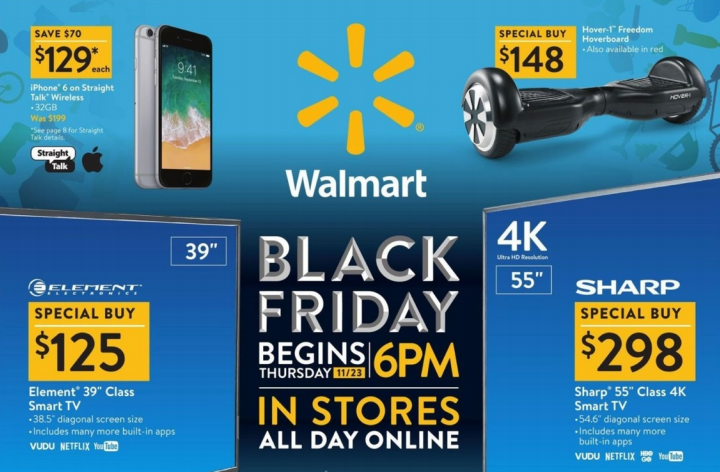