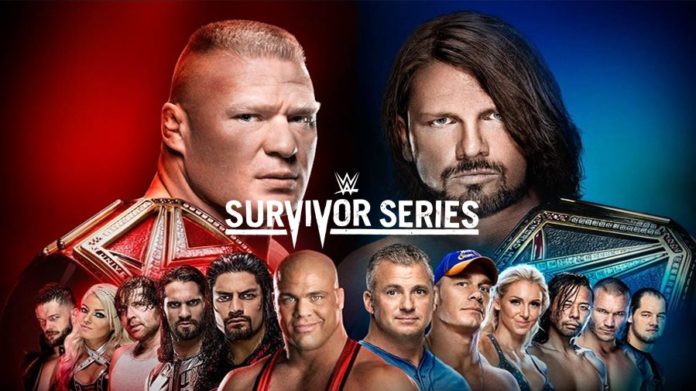 WWE Survivor Series (2017) is almost here and the PPV promises to be a really good one after several changes in recent episodes of WWE Raw and SmackDown. There is only one title match scheduled for the event but the PPV is about which brand is better. WWE SmackDown and Raw superstars will be facing each other in seven of the eight matches scheduled. Here is everything you need to know about WWE Survivor Series (2017):

Enzo Amore and Kalisto will be facing each other in the only title match of the event. WWE has only announced one match for the kickoff show but the event will be around six hours long so one or two matches will likely be added soon. 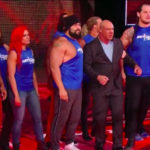 This year’s matches between the SmackDown and Raw rosters promise to be very good after what SmackDown did a few weeks ago. It all began on the October 23 episode of WWE Raw, with SmackDown superstars attacking everyone backstage. The WWE Raw roster did not respond with an attack of their own the following night but they made an appearance on the latest episode of WWE SmackDown to get them back. Here are the teams for WWE Raw and SmackDown and how they qualified.

– Kurt Angle: Angle was added to the match by Stephanie McMahon after she confronted him over the SmackDown invasion the week before. He was added as captain and he later made his first pick for the team, Braun Strowman.

– Samoa Joe: Added to the team by Angle after his match against Balor ended in a double count-out.

– Triple H: Jason Jordan, one of the members of Team Raw, was injured during a match against Bray Wyatt. Angle later tried to announce a replacement but Jordan begged Angle not to remove him from the match. But Triple H then made his first appearance on WWE Raw since WrestleMania 33 and announced himself as Jordan’s replacement. He also attacked Jordan with a Pedigree after the announcement.

– Braun Strowman: Angle announced him as his first pick for Team Raw. Strowman was also a member of Team Raw in last year’s event and was eliminated by countout.

– Finn Balor: Announced as one of the team members after his match with Samoa Joe ended in a double count-out.

– Shane McMahon: Announced himself as the captain of Team SmackDown. Shane participated in last year’s match, which was won by SmackDown.

– Bobby Roode: Qualified for the team by defeating Dolph Ziggler.

– John Cena: Shane announced him as the final member of Team SmackDown. The last spot was going to be determined in a match between AJ Styles and Rusev but that changed when Styles faced Jinder Mahal for the WWE Championship in that episode. Rusev had the chance to qualify in a match against Orton but did not defeat him.

– Shinsuke Nakamura: Qualified for the team by defeating Kevin Owens.

– Randy Orton: First to qualify for the team after defeating Sami Zayn. Orton was one of two SmackDown superstars that won the match in 2016. The Viper currently holds the record for most Survivor Series eliminatio

Team SmackDown and Team Raw will also have another match between the women’s division. There has been one big change in this match and one of the members of Team SmackDown has yet to be announced. Here are the teams and how they qualified:

– Alicia Fox: Became the captain of the team after winning a triple threat match against Sasha Banks and Bayley.

– Nia Jax: Announced by Fox as her first pick for the team after defeating Bayley in a match.

– Sasha Banks: Added to the team after winning a tag team match with Bayley.

The Miz vs. Baron Corbin

The WWE Intercontinental Champion and WWE United States Champion will be facing each other at Survivor Series after being involved in a feud away from the cameras. The feud actually began on social media, where Corbin took a shot at The Miz, who then replied with a video. The Miz and Corbin appear on different brands but they have found a way to make things interesting.

The Shield vs. The New Day

Rollins and Ambrose lost their WWE Raw Tag Team Championships after a distraction from The New Day, who appeared in the crowd to make the Raw roster believe SmackDown superstars were coming to attack them again. Roman Reigns returned the following week and The Shield challenged The New Day to a match. On the latest episode of WWE SmackDown, The Shield made an appearance to attack The New Day.

Alexa Bliss was originally going to face Natalya at WWE Survivor Series but that changed when Charlotte defeated Natalya for the WWE SmackDown Women’s Championship. The title win changed this match and left Team SmackDown without a member.

The Usos vs. Cesaro and Sheamus

The Usos will now face Cesaro and Sheamus, who won the tag team titles again after a distraction from The New Day. Before their win, The Usos were going to face Rollins and Ambrose. The battle of the tag team champions could be quite interesting as both teams have been involved in great matches in recent months.

WWE Survivor Series (2017) looks very interesting after all the major changes. The WWE Championship, WWE SmackDown Women’s Championship and WWE Raw Tag Team Championships have all changed hands in just a few weeks. There is only one title match but this event is all about which brand takes the most matches. We’ll also see the appearances of legends like Kurt Angle and Triple H, so it will be interesting to see what happens.

WWE Survivor Series begins with the kickoff show at 6 PM ET. The main card starts at 7 PM ET. What do you think about all the changes? Which teams do you think will win? Give us your predictions in the comments.