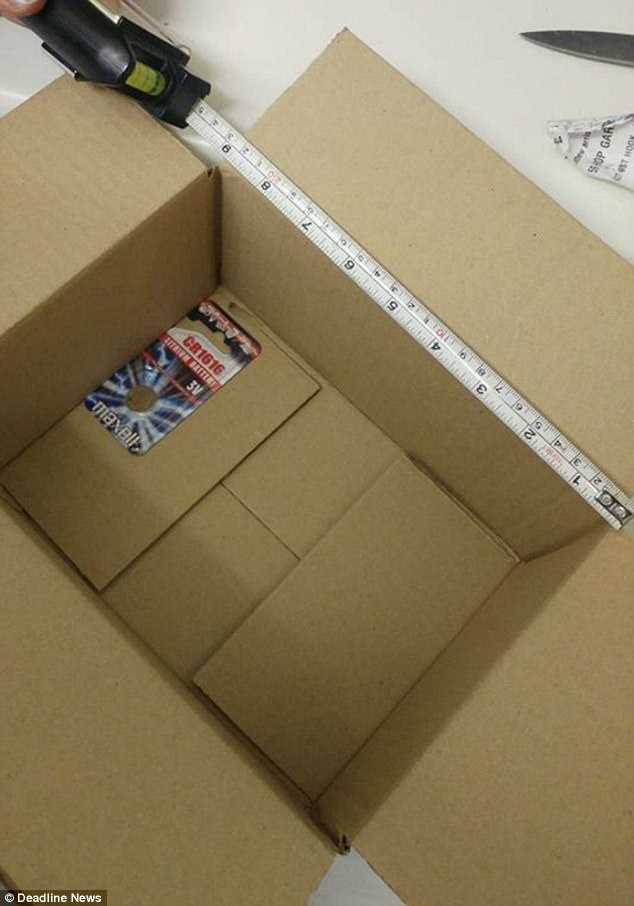 The Amazon customer decided to do an unboxing video to show how big the packaging is. The box is so big that Harris first thought the company had make a mistake when the order arrived. He was expecting the battery to arrive in an envelope or a very small box but was surprised to see that his order was delivered in that box.

The box is big enough to fit hundreds more of those batteries and Harris recorded a video to show the company on social media that some of its orders are still being delivered in unnecessary packaging. The online retailer said not too long ago that it was working to solve the packaging problem.

Harris also calculated that the box was big enough to fit 400 button batteries. Pictures of the package show the tiny battery with its original packaging sitting in one corner of the box. He says it is not the first time that they’ve done something like this but that this one is a bit extreme.

Harris is not the first to complain about large boxes being used for small orders. A few weeks ago, another customer complained when the her order 45 feet of paper. The product she ordered was a calendar. She told local media that the company could have fitted at least ten calendars in the box. Many other customers have also complained about the packaging on social media in recent years.

A few weeks ago, customers also blamed Amazon for ruining Christmas after the online retailer began delivering orders in their original packaging. A lot of the orders were spotted by the children, who were at home when they were delivered. The angry customers posted the packages on social media and thanked the company for ruining Christmas. The majority of the orders posted on social media arrived in the original packaging with the label on them.