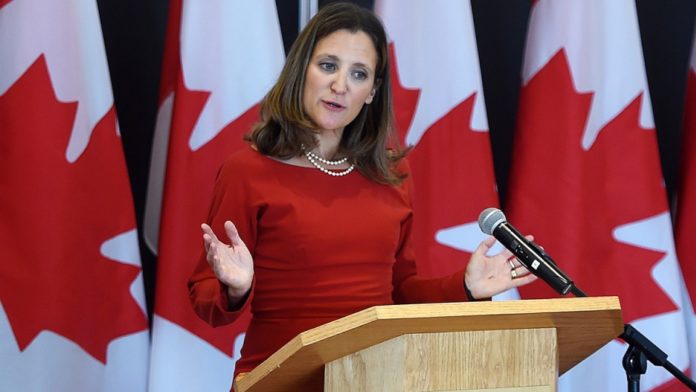 Canada has announced that it will expel a Venezuelan diplomat and ban their ambassador from returning. The decision was announced by Foreign Affairs Minister Chrystia Freeland. The announcement comes shortly after Venezuela expelled diplomats from Canada and Brazil.

For years, many countries have criticized the Venezuela government and its rights record. The criticism increased after the protests earlier this year and the numerous arrests by the government. President Nicolas Maduro and his political party have been accused of ending democracy and human rights abuses.

The Foreign Affairs Minister said Venezuela’s decision to expel the Canadian diplomat was typical of the Maduro regime. The Venezuelan government has accused Canada of following Trump’s administration, which has announced numerous sanctions against the South American country in 2017.

Venezuela has one of the highest inflation rates in the world and experts say it could get worse next year. The Venezuelan government has said on a number of occasions that there is no humanitarian crisis. They have also blamed the sanctions and black market exchange websites for causing the many shortages and ruining the economy. Venezuela’s Central Bank has not released any numbers since 2015 but IMF estimates that the inflation rate may go over 2,300 percent next year. The inflation for the first nine months of the year was 536 percent.