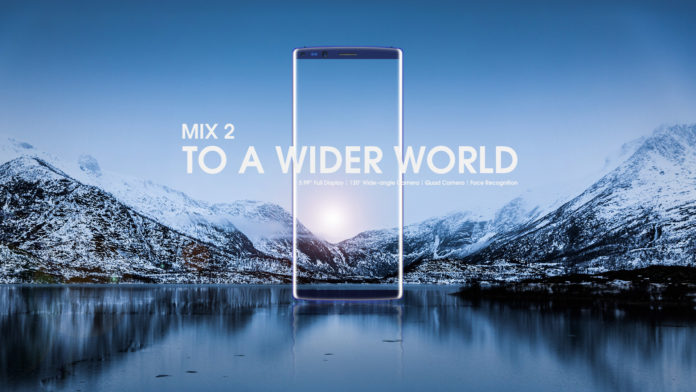 Back again, I took a brief look at the Mix 2 from Doogee a few weeks back when it was on sale over at BangGood, but now I have had the chance to tool around more closely with this very smartly designed smartphone, and it has proven my initial impressions. Doogee aren’t quite Xiaomi in terms of global reach just yet, but their recent releases having been turning heads all over the place, with their mid level specs combined with high end displays and damn fine Sony cameras.

I remember when I first played with the Doogee Mix original, it was okay. It took cues from Xiaomi, aiming at their market slice with a near replica, but it was let down by low end internals and a god awful screen. The sequel, Mix 2, seems to have taken all of the complaints on board, swirled it around the back alleys of China, and spewed out a viable upper mid range phone, with the price of a low end to boot. It comes with the usual issues that Chinese phones come with, the LTE frequencies are rarely in the US and the customer service is far from amazing. So long as you know what you are buying you could end up with an absolutely amazing bargain price handset.

Doogee are a very new firm, getting their start in 2014 entering the flooded Chinese handset market. Shockingly they did well, offering a variety of riff off phones with decent specs and excellent prices. They moved into the European market in 2015, signing deals with a number of soccer teams, releasing tie in phones for them. Proved to be a good move, and in made them more interested in overseas markets. They haven’t quite transitioned into a global brand just yet, still very much a Chinese phone company, but that mostly means a better deal for western consumers.

So let’s get into it, see what makes this a good buy. 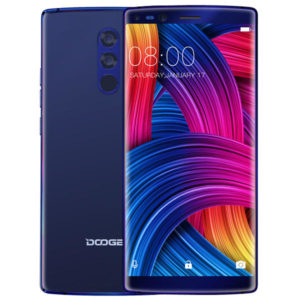 I am still a little confused about the whole bezel-less thing. It is still being pushed as a desirable feature by everyone, to the point where the latest high end iPhone has a nice big black bar cutting into the damn screen. Still, it does look quite nice, and here on the Mix 2 it works very well. The Mix 1 was billed as bezel-less, but that claim fell short of reality, here though the screen runs right to the edge. There is a fair amount of tech under the hood that makes these things work, I mean, its a touch screen that you are constantly touching, and here it works very well. during my hands on I found no issues with it.

The Mix 2 is a nicely sized phone. Not quite a phablet, which is my preference, but it should fit nicely in the majority of hands. It is a little bigger than the Mix, half an inch to the body, but a full inch in screen size, and is thinner too. I am more used to the Nexus 6, my day to day handset, so I have a somewhat warped view of a good hand size. OS is Android, standard implementation, but it is marred by a number home grown apps that I am less than enthused about. Getting rid of them is a simple root away though, and we have a number of articles on site that tell you how to do it.

The hardware is actually pretty good. We are not looking at high end gaming integrations though, as it uses the cheaper Mali GPU architecture. Capable, true, but it’s no Adreno. The Mali-T880 MP2 is clocked at 900Mhz, and if you tweak it just right you can run most popularity games and emulators fairly easily. The CPU is great, using the newer 8 core architecture. I find the Octa-Core builds so interesting. They aren’t truly 8 cores, they are two 4 core processors clocked differently. In low power mode it uses the spooled down processor, and in high performance mode it uses the higher clocked CPU, and it goes a long way to battery longevity. Speaking of the battery, we are looking at a 4060Mhz, and in power saver mode it will last a couple of days. You see this in a lot of Chinese handsets, the high capacity batteries.

The RAM is 6GB, not huge but not bad either. I am not a fan of the standard RAM implementation on phones in general though. LPDDR4X is good stuff, but it’s clocked low, to save additional power, and I cannot wait for the next gen stuff to hit the market.

The camera is a high end Sony build, 16MP on the core, 13MP on the second, and supports depth of field. The 13MP camera also has a nice 130 degree mode, for group photos. I still don’t quite know why the resolution on phone cameras is so high, seen as the vast, vast majority of people do not have a display capable of outputting at anything beyond 4k. But still, it;s what people want.

The build quality is top notch, it feels sturdy, and tight. Considering the price it is far and away the best handset on the market, especially for those looking for a back up handset. I like the screen resolution, the battery life and the high end camera that comes with it. The only real downside is the GPU, but for non gamers that is easy to overlook. A far better phone than it has any right to be. 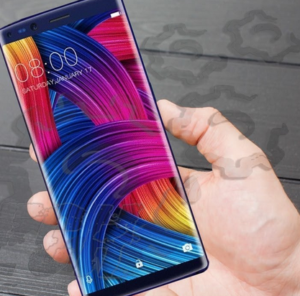 And now the price. Get ready to be shocked. $199.99. That makes almost no sense to me. It shows how much of a branding mark up the big guys in the field add on. Makes the likes of the iPhone look seriously over priced. Makes it well worth considering, if you can get past the issues that come with a Chinese Handset.

Now, the warranty. I have said it time and time again, but Chinese companies do not know how to service the western market in terms of after sale support. I always do an email test to see how quick the company replies, and the level of English used, and while Doogee were far from terrible, they were also a little unprofessional. A little too ESL for me, but I expected that. The warranty is for 1 year, and it is limited coverage, meaning only factory faults. The full warranty is filled with minor contradictions and nonsensical syntax, but when you enter the Chinese smartphone market you have to expect that going in. They make up for it with the specs and the price. Buying one of their handsets from somwhere like Amazon.com would be a smart idea, you pay a little more, but you gain the excellent Amazon after sale support. Ups and downs.

The price is amazing, better than almost anything else on the market. The warranty is far from amazing, but so long as you know that, and buy smart you can off set the issues pretty nicely. If you are looking for a new phone, and this hits your requirements, the price really should clinch it for you.

Tends to be the case with Chinese handsets. I find them far better than they have any right to be. Being so close to the production sources has some major benefits. The look of the build is on point, the feel of the build is amazing, and the specs are in that nice upper mid range tier. The GPU sucks, the in-built software is a little annoying to get rid of, and by default these phones LTE frequencies do not hit the major carriers. They can be deal breakers for some, but if you have a provider local that covers you you are in for a damn good time, especially at that price.

The Doogee Mix 2 is an impressive step forward for this small firm. There are obvious issues with the build that you should know about before buying. The LTE frequencies, which I mention again because they are just that damn important, and the lackluster GPU solution are the biggest issues. There is also the time honored issues that accompany any Chinese handset sold to a Western consumer, namely the customer service, but smart buying habits can mitigate that issue. At the end of the ay what we have here is a phone that looks as good as the high end Samsungs, but does not break the bank. If you are in the market for a new handset, or you want a nice cheap, but good, back up for you main phone, then the Doogee Mix 2 is certainly one to consider.

To check out all the current deals and promotions available click here!