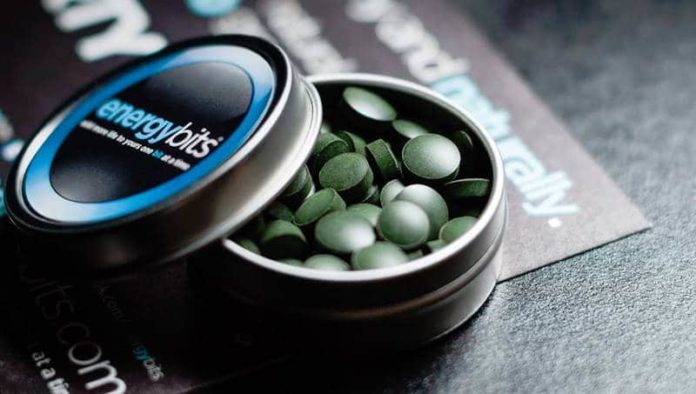 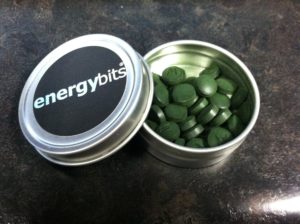 Catherine Arnston is a woman who lives an active lifestyle and does her best to live as healthy as she can. However, like most people, sometimes it is challenging to resist snacking. Snacking isn’t such a terrible thing when you know how to snack right, but typically the options available aren’t healthy choices. Potato chips and candy bars are packed full of sugar and salt, which counteracts other healthy choices you may be making. Thus, Catherine took it upon herself to find a solution.

During the 1900’s, German scientists discovered that people could actually survive off of eating algae. Because algae have such high protein content, they began using algae-based foods to keep thousands of people from starving after World War I. Additionally, these foods were also used by the Japanese post World War II. This discovery was made and used after grave moments in history, but Catherine found opportunity in it.

By combining algae with other supplements, Catherine was able to create her ENERGYbits tablets. These tablets contain 60% protein and are 100% all natural. They are a high-performance snack food that Catherine believes any athlete would be greedy to get their hands on. She claims that some of the benefits you may experience after taking ENERGYbits are: high blood pressure reduction, instant energy and endurance, reduced hunger, and various other healthy side effects.

Catherine was able to get ENERGYbits up and running in 2008. People were responding to her natural algae tablets. So much so that she started to expand the business on both an internal and global scale. However, growing a company is no easy task. By bringing ENERGYbits to the Shark Tank, Catherine is hoping to find a business partner who will help her successfully grow her business beyond where it is right now.

When Catherine enters the Shark Tank, she jumps straight into her pitch. She tells the Sharks that her ENERGYbits are the latest and greatest energy boosters on the market. Why pay ridiculous amounts of money on energy shakes when you can pop an ENERGYbits tablet instead? Each tablet is only 1 calorie and it’s all natural. China has been using algae-based products for almost half a century and has turned in into a million dollar market. Catherine hopes to bring that market into the United States by popularizing ENERGYbits, but there’s one thing she forgot to mention until Kevin O’Leary points it out. How big of an investment is she looking for? 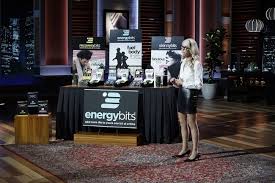 stake in her business. She then passes around samples so the Sharks can get a taste of what they would be investing into. All of the Sharks aside from Robert Herjavec are not at all pleased with the taste of ENERGYbits. Daymond John says “When I look at the scum on the top of a lake, if I were to lick that scum, that’s what it tastes like”. They all wish she would have warned them not to chew the tablets beforehand, but Herjavec says he actually likes the way they taste.

Tasting factor aside, it is recommended that a person eat all thirty ENERGYbits tablets to really experience their effect. Each tablet is 100% algae, which is itself a super food. However, it comes to Lori Greiner’s attention that if all tablets are just algae, how are the ENERGYbits and SKINNYbits different? Catherine admits that they are the same product, just with different packaging. There is a slight difference in HEALTHYbits though, which is that there are two different kinds of algae used in the tablets. One of them has certain nutrition in it that helps boost the immune system. Other than that, they are all relatively the same.

Mark Cuban, as well as the rest of the Sharks, wants to know how she knows that these tablets actually work. This question makes Catherine fumble a little bit because all she can really tell them is that there have been “hundreds of studies”. When asked to give a specific example, she claims that there is a component in algae that has been documented to shrink cancerous tumors, but apparently, none of the medical cancer experts are aware of it.

Despite the questionable science behind it all, ENERGYbits has been in business for the last six years which means there are some people who are buying into it. All of her sales have been made through their website and a bag of bits goes for $115 and one small package is $4. To produce a large bag of ENERGYbits costs around $40. In theory, this all sounds like her business has some pretty decent margins, but her sales haven’t been all that great. In the six years that her business has been running, ENERGYbits has only made $1.5 million.

As soon as this revelation is made, the Sharks clearly lose all interest. In the last year, Catherine only made $300k and gained no profit. The money she does make she puts right back into the business to improve the packaging and production. 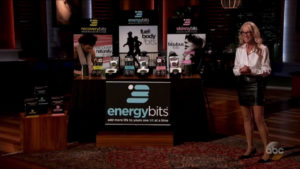 A few years ago, Catherine’s sister was diagnosed with breast cancer. She was advised by her doctor to begin making changes to her diet and while the two of them were doing research, Catherine learned more about plant-based nutrition. After going back to school for a degree in nutrition, going through bankruptcy and foreclosure, she is still putting all of her time and dedication into this business because it is something she believes in.

O’Leary states that it isn’t her passion that’s the problem, but the fact that ENERGYbits isn’t making any money. No investor is going to look at her poor sales and give her their money to put into a business that is already failing. Cuban feels similarly and also declines to make her an offer.

Clearly, the Sharks don’t have as much faith in her algae tablets as she does, but Catherine believes that ENERGYbits is going to boom in the next year. She is now bringing her energy snack to the retail platform which, according to her, will give her business the publicity it needs. Greiner finds an issue in the misleading packaging and is out. John and Herjavec feel like she isn’t taking a responsible approach to being a businesswoman and therefore it all just feels a little too risky.

That leaves Catherine with no new investors and no choice but to leave the Shark Tank with her algae ENERGYbits in tow.

The Sharks didn’t take a liking to Catherine and her algae tabs, but she refused to give up on her business even when they were convinced she was destined to fail. Despite the 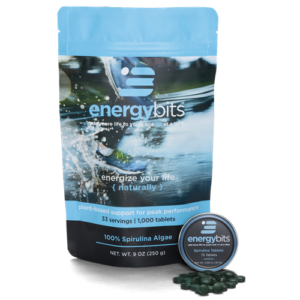 Shark’s certainty that her ENERGYbits business would go belly up, it is still up and running today. Their products have been featured in a few online articles and Catherine made a statement in October of this year that stated she is on a mission to help breast cancer patients through her research. If you are curious about ENERGYbits and want to know what they’re all about, you can check out their official website and find all the information they have to offer.

Jan 8, 2021
Residents in the area of Cachagua, located in the commune of Zapallar, are not happy with the recent reports of a big party that...