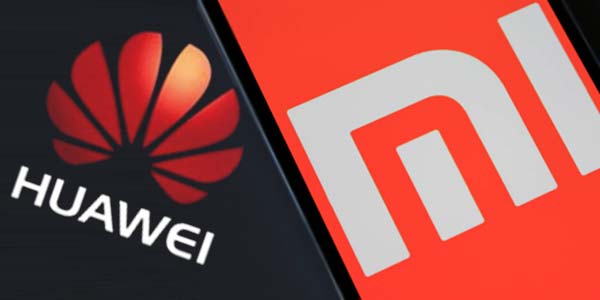 Huawei and Xiaomi are some of the most popular smartphone companies in China and other countries around the world. But things are a little different in the US, where only a few of their phones are available.

Huawei and Xiaomi are reportedly trying to change that, according to Bloomberg. The news site reports that sources close to the matter have said that the two companies are in talks with US carriers to bring some of their most popular smartphones to the country by next year.

Huawei, one of the biggest smartphone companies in the world, currently offers phones such as the Mate 10 and P10. Rumors say its next flagship smartphone will be unveiled at MWC 2018. Xiaomi is the company behind popular devices such as the Mi 6, Mi Mix and Mi Mix 2. The company also offers a number of affordable smartphones with solid specs.

Small Presence In The US

Xiaomi only offers a few products in the US while Huawei already sells some of its affordable smartphones through Best Buy, Amazon and other retailers. Some of Xiaomi’s biggest releases have only been released in China. One of those was the Mi Mix, released back in November 2016. The story has been different for the second Mi Mix, which has been released in China and India.

The smartphone companies are said to be in talks with carriers such as Verizon and AT&T. Nothing has been confirmed so far but this is a little bit of good news for customers waiting for Huawei and Xiaomi to bring some of their popular devices to the US.

News about Huawei attempting to enter the US market are nothing new. The company, which is the third largest smartphone manufacturer behind Samsung and Apple, is quite popular in other countries and a move to the US could be what it needs to get ahead of its competitors. Back in August, a report from The Information mentioned that a Huawei flagship smartphone would be directly available through AT&T in 2018. The announcement is rumored to be coming early next year.

Xiaomi began taking its first steps into the US market last year by offering cameras, headphones and other accessories. But with a deal with US carriers, things could change for the company, which is currently the fifth largest smartphone maker in the world.

What do you think about this report? Which phones would you consider buying if Huawei and Xiaomi started selling their devices through US carriers? Let us know in the comments.