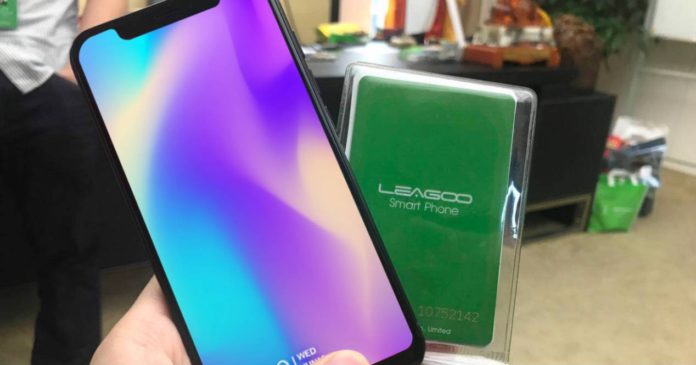 The Apple iPhone X is a great looking device but not all of us have $999 to spend on Apple’s newest release. Leagoo, a Chinese smartphone company, has plans to offer the looks of an iPhone X but at a lot less.

The Leagoo S9 immediately reminds us of the iPhone X, which was released last month. The Leagoo device has the giant screen and the notch that the iPhone X has. The notch is currently found only on the iPhone X but that could soon change with the Leagoo release.

The Leagoo device also happens to have S9 on its name, which means it has all the looks from the iPhone X but has the name of Samsung’s upcoming flagship. The big difference from the iPhone X and the Leagoo S9 is the price. Leagoo says the phone will cost less than $300. The Apple iPhone X starts at $999.

The low price does mean that the specs won’t be as good as other smartphones in the market. The 6GB of RAM and 128GB of storage sound good but the device will feature a MediaTek P40 processor, which is a competitor to Qualcomm’s mid-range offerings. The Leagoo S9 has a 5.85-inch AMOLED display and looking at the pictures, it looks exactly like an iPhone X.

The back does let us know that it isn’t an iPhone X. The phone has the company’s name at the bottom and a fingerprint scanner. Apple’s newest release does not have a fingerprint scanner at all. It instead has facial recognition technology. The Leagoo S9 does have the vertical camera with the flash right in the middle. The pair of cameras are said to be 16MP.

The Leagoo S9 hasn’t been officially announced but several tech sites have received details on the specs. The upcoming smartphone looks a lot like the iPhone X but it will probably not even come close to everything that Apple’s premium smartphone offers and how it performs.

The device will cost less than $300, so if you’re looking to have a phone with a notch and Android then this phone doesn’t sound that bad. We’ll keep you updated on the device as the company has not revealed all the details just yet.

What do you think about the Leagoo S9? Let us know in the comments.