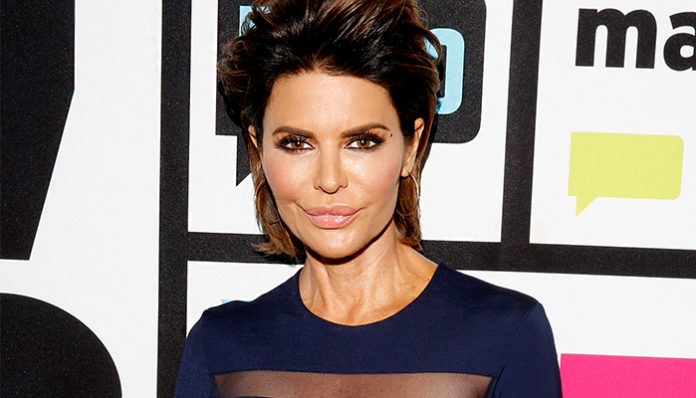 An American actress, Lisa Rinna originally rose to fame in the daytime soap, Days of Our Lives. Since then, she has appeared in several additional shows, including Bravo’s The Real Housewives of Beverly Hills, which she stars in currently. To learn more about her, be sure to keep on reading!

Lisa Rinna initially rose to fame in the 90’s as Billie Reed on the NBC soap opera, Days of Our Lives. In the recent years, she has been starring on Bravo’s reality series, The Real Housewives of Beverly Hills, which has garnered her an impressive amount of attention.

Newport Beach, CA, and Medford, OR

She is of English, Portuguese, and Italian descent

Is Lisa Rinna in a Relationship?

Lisa Rinna has been with her husband, Harry Hamlin, a fellow actor, for over 20 years; they had married back in 1997.

In the past, she’s said to have been romantically involved with Peter Barton and Todd Nelson.

She had a sister named Nancy who died from an overdose a few years ago, according to an emotional reveal she had on The Real Housewives of Beverly Hills.

As far as we know, Lisa Rinna does not have any brothers.

As a student, she went to Medford Senior High School in Medford, Oregon, from which she graduated in 1981.

Instead of going to college, Lisa Rinna decided to go for a modeling career after her high school graduation. To do that, she relocated to San Francisco, California.

At this time, we do not have any information on Lisa Rinna’s salary. Considering her popularity, however, it wouldn’t be surprising if she pulls in a decent amount from the Bravo reality series.

Mexican cuisine is her favorite

As far as we know, Lisa Rinna does not have a Youtube channel

Lisa Rinna grew up in Oregon, where she attended school. Soon after her graduation, she moved to San Francisco to try and reach her dream of becoming a model; it wasn’t until 1988 that she made her acting debut in Captive Rage. Over the next few years, she guest appeared in The Hogan Family (1990), Lies Before Kisses (1991), and Shades of L.A. (1991). Then in 1992, she hit it big after being cast on Days of Our Lives, as Billie Reed. To date, it remains to be her most well-remembered portrayal on television, besides Melrose Place (1996).

Since then, she has added a list of credits to her name including Veronica Mars (2004), Hannah Montana (2008), and Community (2010). Aside from acting, Rinna has also become more involved with reality television in the recent years; for instance, she has appeared on The Celebrity Apprentice 4, RuPaul’s Drag Race, and All-Star Celebrity Apprentice. Perhaps most noteworthy of all, however, is her involvement in the Bravo series, The Real Housewives of Beverly Hills. Introduced in season five, she still is a main reality star on the show. Just recently, the seventh season wrapped up in April 2017.

What else has Lisa Rinna been up to this year? Aside from that, not much; it looks like most of her time has gone towards the Bravo series. With that said, she did make a recent cameo in the sitcom, The Middle (2017).