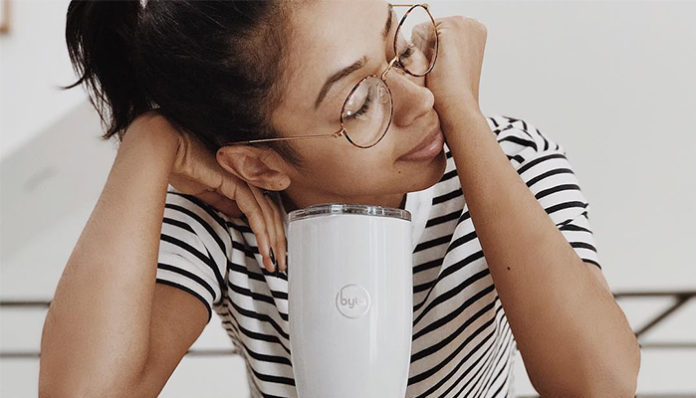 An internet celebrity, Liza Koshy originally rose to fame on Vine, where she had accumulated over 5 million followers. Since the app shut down, she has focused her efforts on Youtube, which has become even more successful. To learn more about her, be sure to keep on reading below.

Liza Koshy originally rose to fame on Vine in 2013. Since then, she has amassed a huge audience on Youtube, over 12 million to be exact. With her recent popularity, she has managed to snag a lead role in the Hulu original series, Freakish (2016).

Liza Koshy was born and raised in Houston, Texas. Ultimately, it was during her high school years that she first got into Vine.

She is half Indian and half Caucasian

Her current weight is 119 pounds

Her current weight is 54kg

At this time, Liza Koshy’s body measurements are unavailable

Is Liza Koshy Currently in a Relationship?

Since 2016, Liza Koshy has been in a relationship with fellow Youtube celebrity, David Dobrik. In fact, they recently celebrated their one year anniversary in November 2017.

Considering their line of work, it’s not surprising that they’ve appeared in multiple Youtube videos together over the past year.

At this time, we do not have any information on Liza Koshy’s previous relationships.

She has two older sisters named Rachel and Olivia, both of whom have appeared in her Youtube videos more than once.

As far as we know, Liza Roshy does not have any brothers.

Liza Koshy does not have any children at this time.

As a student, she went to Lamar High School. At one point, she also took online courses.

After completing high school in 2014, she attended a local community college to study business marketing.

According to various sites, she makes around $5,000 a day from her primary Youtube channel; more specifically, the amount comes from Google Ads. That translates to approximately $2 million a year.

She enjoys singing in her free time

Some of her favorite foods include beef and tomato ravioli, and yogurt melts

Dance; she was the captain of her high school’s dance team as a teen

Hailing from Houston, Texas, Liza Koshy first made herself known on Vine, under the username “Lizzza.” Incredibly popular, she had amassed over 5 million followers by the time the app closed in early 2017. Since then, she has continued her ventures on Youtube, where she posts a variety of videos from vlogs to Q&A’s. One of the most popular users on the site, she has garnered over 12 million followers to date. In fact, her contributions had earned her a Teen Choice Award nomination for Choice Youtuber (among others) earlier this year.

As her Youtube career took off, she also began to involve herself in other endeavors. For instance, she made her movie debut in the comedy, FML last year. Since then, the twenty-something as also appeared in the films, Boo! A Made Halloween, Jingle Ballin’, and Making a Scene with James Franco. What else has Liza Koshy been up to? Since 2016, she has also been starring as Violet Adams in the Hulu horror series, Escape the Night. As well, she played the part of The Explorer in the Youtube Red series, Escape the Night, alongside other web stars such as Gabbie Hanna, Andrea Russett, and Tyler Oakley.

In 2017, she won two accolades, a Teen Choice Award for Choice Female Web Star and a Streamy Award.