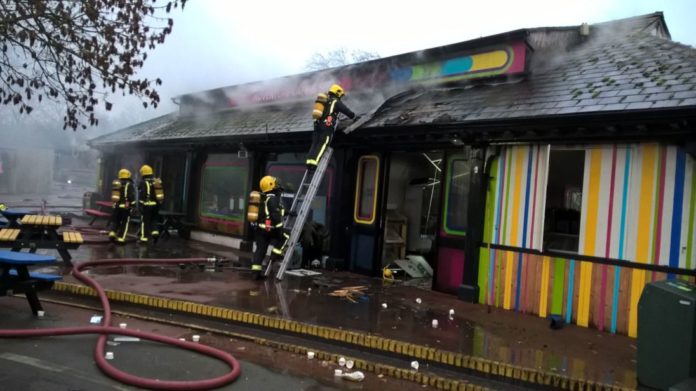 London Zoo has announced that it will be closed until further notice after a fire left one animal dead and staff injured. The zoo has said it will reopen when they know it is safe to do so for visitors, staff and animals.

One person was taken to a nearby hospital and eight more were treated by emergency teams at the scene. The zoo said on Twitter that the fire was brought under control early this morning. The tweet added that one aardvark had died and that four meerkats were missing.

Ten fire trucks and 70 firefighters helped tackle the fire, which was brought under control in three hours. London Fire Brigade manager Clive Robinson said most of the cafe and shop at the zoo had been affected. He added that the fire team worked hard to control the fire as quickly as possible. The LFB says the cause of the fire is not yet known.

The zoo said that staff immediately moved to get the animals to safety. The zoo also released a statement saying that sadly, their vets had confirmed the death of their nine-year-old aardvark, Misha. The zoo added that there are also four meerkats still missing but that they are now presuming that they have also died. The aardvark and the missing meerkats were in the Animal Adventure section.

The zoo also said all the other animals in the area are being monitored by their veterinarians, but that signs suggest they have not been affected. The statement finishes by saying that they are all devastated by this but are grateful to the fire team, who quickly reacted to the situation to stop the fire.

Update: The London Zoo’s Twitter account has just tweeted that after consultation with fire experts, they are confident that they can safely open the zoo tomorrow. It had been previously said that it would remain closed until further notice.