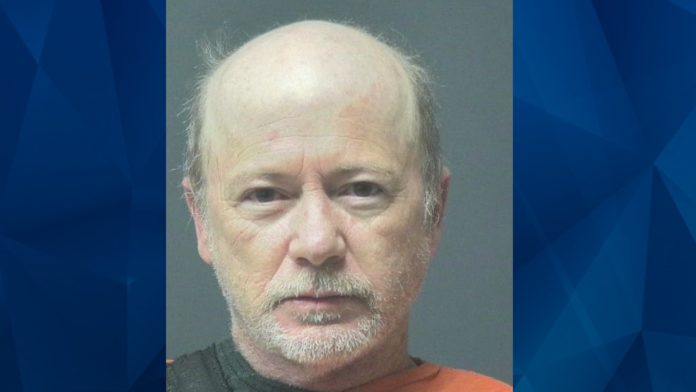 A man was arrested after attacking a fire chief who was attempting to help with CPR on his wife. The incident happened in Escambia County, Alabama and it was later reported that it was over a Facebook post.

The Escambia County emergency team arrived to the home after they were notified of a woman having an asthma attack. Christopher Wade Smith was attempting to perform CPR on his wife when emergency teams arrived. Fire chief Michael Tyler tried to help but he was punched in the eye by Wade Smith. Officials said he suffered a fracture in the attack. A few images of his injury have also been released.

Authorities were contacted after the emergency teams were notified since that address had been involved in a domestic dispute earlier that day. Police did not enter the home with emergency teams. It was later revealed that the man had punched the fire chief over a Facebook post. Mr. Smith had made allegations the previous day on inappropriate things that happened at the local fire department in purchasing land, according to an official. The official said the alleged information is not true.

The woman was dying during the incident and was taken to a hospital, where she died shortly after arriving. The fire chief attempted to perform CPR on her before he was punched by the man. Police were outside the home while Tyler attempted to save the woman with CPR.

Smith tried to escape after punching the fire chief but he didn’t get very far. He crashed into one of the emergency team vehicles that was parked close to the home. He was arrested and charged with assault first degree and second degree criminal mischief. Smith was taken to a detention center in the county. He was out on bond when the incident happened.

The incident, which happened on Thursday night, left Tyler with a serious injury to his right eye. Pictures of his right eye show the swelling and bruises left by the attack. An official said that based on the seriousness of his injury, the Attorney’s Office has decided to raise the charges and go with first degree assault. The official added that it was a bad situation where he came to do what he knows and help take care of the people in his community.