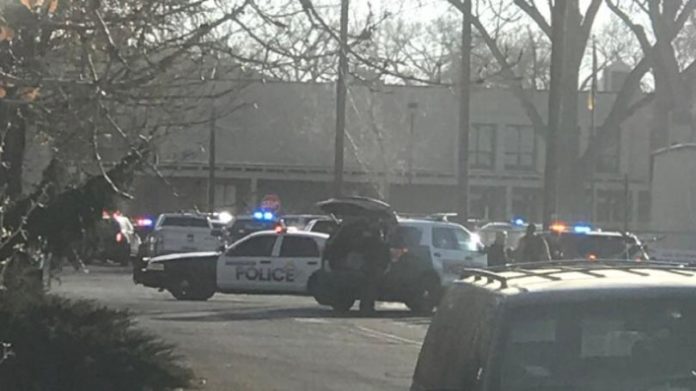 A shooting at the Aztec High School, located in the city of Aztec, New Mexico, has left two students and the suspected shooter dead, according to police. Authorities said minutes ago that nearby schools were on lockdown as a precaution.

Police have not revealed any details on what happened and on the shooter but have already confirmed that two of the people dead attended the high school. Authorities closed the area right after the shooting and took the students to another location. KRQE News 13 reports that police asked parents of students attending the high school to pick them up at McGee Park at noon. They also reported that school buses were currently loading kids and going there.

Parents who found out about the shooting gathered outside the City Hall to get more information from authorities. Police are currently investigating the shooting and have not released any details on what led to it. They also released a statement on social media saying that the families of the victims were notified immediately and that they are in their thoughts and prayers.

Pictures taken by news agencies there show police cars all over the area. State police have confirmed that no other injuries have been reported. A statement released shortly after the shooting said 15 people had been injured but authorities later confirmed that wasn’t correct. It is not yet known if the shooting took place inside or outside of the high school. San Juan County Sheriff’s Lt. Kyle Lincoln told KRQE that authorities were clearing the building and searching the school.

An hour ago, San Juan County Sheriff’s Office released an update on Facebook. The update says this is a unified investigation and that the FBI and State Police Crime Scene Teams are en route. The statement finishes by saying that their priority right now is to reunite students with their families and that they will continue to update their page as correct information becomes available. An earlier statement said that the school had been locked down and was being evacuated.