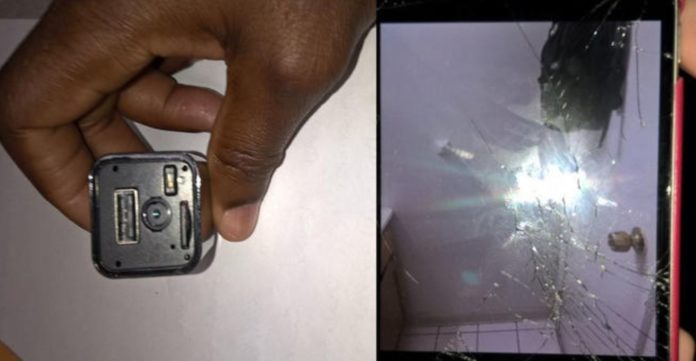 An Airbnb guest has been arrested after allegedly hiding cameras in the bathroom of an apartment in New York City. Police say the cameras had been placed facing the shower and toilet.

The Airbnb guest, who recently rented one of the rooms in the apartment, is Ron Rothman, a man from New Jersey. The man allegedly planted the cameras during his stay there but his plans were discovered shortly after. The apartment, which is located on Mulberry Street, is hosted by a woman and her roommate. On Monday, they rented one of the three rooms to Rothman. The host said that after he arrived, she noticed an iPhone sitting inside a backpack and a recording device plugged into the electrical outlet. One of the cameras was facing the toilet while the other was facing the shower.

Guest Arrested and Banned From Airbnb

Rothman was arrested shortly after the discovery by the host. He was charged with unlawful surveillance. According to a complaint filed on Wednesday, the Airbnb guest admitted that the devices found belonged to him.

This incident is one of the few involving Airbnb rentals in recent months. The company has released a statement saying that they take privacy extremely seriously and that there is no place for this behavior in their community. They also revealed that Rothman has been banned from Airbnb.

In October, an Indiana couple visiting Florida found a camera hidden inside a smoke detector. The camera was pointing right at the bed and they noticed it because one of them works in tech. The couple called the police and the man renting the property was arrested. A police official later told local media that they had analyzed the SD card and found a couple of different people on them. An Airbnb spokesman said that the individual had been banned and that they fully supported the affected guests.

Just a few days ago, another hidden camera was found at a rental property. The news were revealed by Jason Scott, who posted on social media that a colleague had found a camera in a motion detector. In the tweet, he also mentions that the host has been suspended and that his colleague received a refund. Details about the owner of the property and where it is located have not been revealed but the company told Buzzfeed that the owner had been banned.