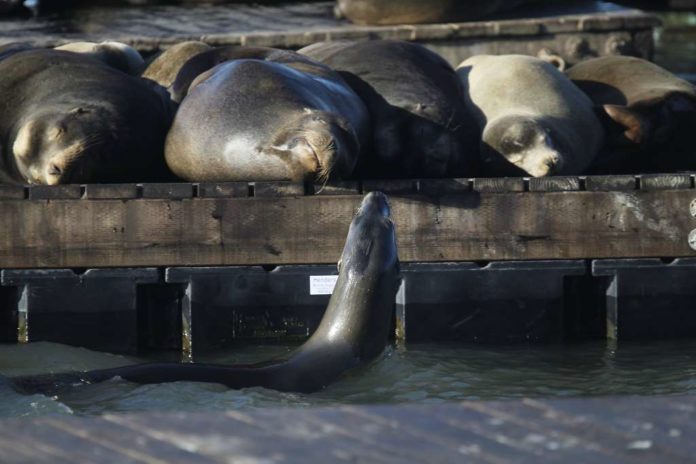 Authorities have announced that San Francisco’s Aquatic Park will be closed until Monday. The announcement comes two days after a sea lion attacked a swimmer and left him with a serious arm injury.

Sea lion attacks are rare but the incident yesterday was the third reported in a week. A veterinarian from the Marine Mammal Center said there had been ten attacks reported in the last three years.

The latest incident happened on Friday, when a swimmer was bitten in the groin area. It is unclear why the animals are attacking the swimmers. Members of swimming clubs in the area say the attacks are rare. One member said he had never heard of anyone being taken to a hospital over a sea lion attack.

On Thursday, a man was bitten in the arm while swimming in the area. People at a nearby boat saw the attack and rescued the man. They contacted emergency teams right away and they later confirmed that he had suffered an arm injury.

Sea lions are a popular tourist attraction in the area but experts warn that visitors should maintain a safe distance from the animals. The SF Maritime NHP official account tweeted on Friday that the Aquatic Park Cove had been closed to swimming due to reports of an aggressive marine mammal biting people in the area.

Park spokesman Lynn Cullivan told CBS News that it could be just a sea lion being territorial or it could be an injured or sick mammal. A member of the marine police unit told local media after the incident on Thursday that the man attempted to splash water on the animal when it came up to him. He also yelled at the animal and that’s when the attack happened. The SF Fire Department tweeted that the man suffered an extremity injury.

Back in May, a dramatic video taken at a dock in British Columbia, Canada, showed a sea lion dragging a girl into the water. Before the incident, the sea lion surfaced near a boat and got closer when people started feeding it. Everything appears to be friendly when the animal jumps near the girl standing at the edge. But then it surfaces again, grabbing the girl from the dress and dragging her into the water. One man immediately jumps into the water to rescue the girl, who walks away with her family right after the incident.