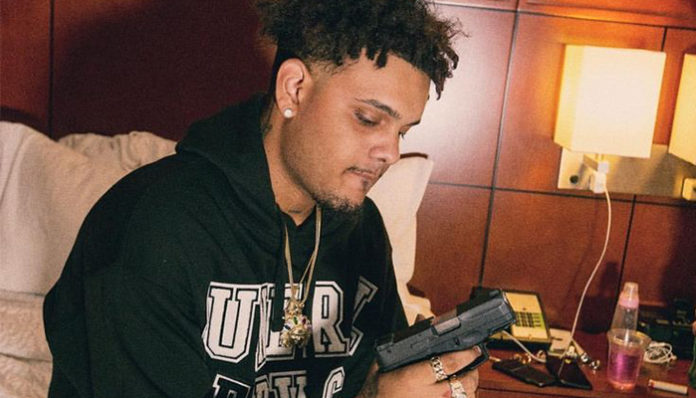 Based in Miami, Florida, Smokepurpp gained widespread attention earlier this year after his song, Audi went viral online. Known for his contributions to Soundcloud, the rapper recently released his debut mixtape, Deadstar in September.

Smokepurpp rose to fame earlier this year, after one of his tracks, Audi went viral on Soundcloud, with millions of streams. Since then, he has dropped his debut mixtape, Deadstar in September 2017.

Smokepurpp was born in Chicago, Illinois, where he spent the first two years of his life. Soon afterward, he and his family relocated to Miami, Florida, where he went to school.

Is Smokepurpp in a Relationship?

As far as we can tell, the rapper is currently single. If he is in a relationship, he has not revealed it to the public.

At this time, we do not have any information on Smokepurpp’s previous relationships.

As a student, he went to North Gardens High School in Miami Gardens, Florida. Like many teens his age, however, he eventually got involved with drugs and marijuana at the age of sixteen. Prior to his graduation, he dropped out during his senior year in 2016.

Smokepurpp has not continued his education since he dropped out of high school.

Hailing from Chicago, Illinois, Smokepurpp initially picked up music as a hobby as a teen. Initially a producer, he eventually decided to experiment with rapping after his instrumentals went unsold. One of his first songs, Live Off a Lick (Feat. XXXTentacion) was posted to Soundcloud in 2015. Working his way up, he soon managed to land a deal with Interscope and Alamo Records in March 2017. Not long afterward, it was announced that he would be releasing his debut mixtape, Deadstar later in the year. Featuring guest appearances from Juicy J, Chief Keef, Yo Gotti, and Travis Scott, among others, it produced four singles including his most popular track to date, Audi, which has since been streamed over 25 million times on Soundcloud.

On top of his solo projects, Smokepurpp has worked with numerous artist over the past little while including, Lil Pump, G-Eazy, Carnage, Ronny J, and Famous Dex. Some of the said singles include JOHNNY!, Ignorant, Pinky Ring, What U Saying’, and Elementary. What has the rapper been up to lately? Since early 2017, he has also been putting on a number of concerts across the country. For instance, he has already performed in Austin, Chicago, Dallas, Houston, and Silver Spring. According to his schedule, he still has two upcoming shows left for December; one in Sayreville, New Jersey, and another in Santa Ana, California. Fancy seeing him perform on stage? Here’s your chance.