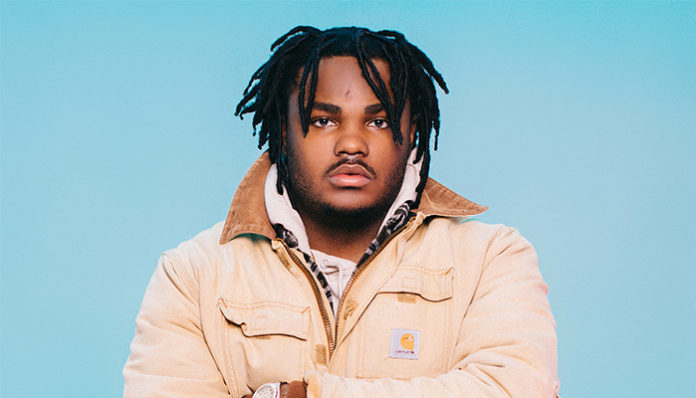 A rapper out of Detroit, Tee Grizzley came to the public’s attention for his platinum hit, First Day Out in 2016. Since then, he has released many additional projects including his debut album, My Moment, which came out in April 2017. If anything, the future is looking bright for the young artist. To learn more about him, keep on reading below.

Tee Grizzley shot to fame for his 2016 breakthrough hit, First Day Out, which also doubled as his official debut. Since then, he has returned to the spotlight for his first studio album, My Moment.

He is currently 23 years old

Born in Detroit, Michigan, Tee Grizzley was raised by his grandparents in West Detroit- more specifically in the Joy Road area.

His current weight is 240 pounds

His current weight is 109kg

At this time, Tee Grizzley’s body measurements are unavailable

Is Tee Grizzley Currently in a Relationship?

As far as we know, Tee Grizzley is currently in a relationship. Just this summer, a video of him having fun with his girlfriend in Miami surfaced on the web. For now, however, her identity has not been made to the public.

Right now, we do not have any information on the rapper’s previous girlfriends.

Unknown (He was raised by his grandmother)

Unknown (He was raised by his grandmother)

As far as we know, Tee Grizzley is an only child and does not have any siblings.

As far as we know, Tee Grizzley is an only child and does not have any siblings.

Tee Grizzley does not have any children that we know of at this time.

At this time, it’s unclear where exactly Tee Grizzley had completed his high school education- though it’s highly probable that he attended a local school in the Detroit area seeing as how he grew up around there.

As a college student, he studied at Michigan State University briefly, where he majored in accounting and finance. Prior to completing his program, however, he dropped out.

Information on the rapper’s salary is unavailable at this time.

He makes new music in his free time

Some of his favorite artists include Jay-Z, Nicki Minaj, Drake, and Quavo of Migos.

Hailing from West Detroit, Tee Grizzley has been involved with hip-hop since his early teens. In middle school, he had founded a music group with a few friends called, AllStars Ball Hard, with whom he’d performed with. Despite the early start, it wasn’t until the recent years that he started to make a name for himself in the rap scene- partly due to the fact that he was sent to prison for a few years after an attempted robbery. Following his release in 2016, he released his breakthrough hit, First Day Out through Atlantic Records. Responsible for his rise to stardom, it not only charted in the US but has since also gone platinum with over a million sales.

Since the release of his debut single, Tee Grizzley has churned out several additional hits including Second Day Out, No Effort, and From the D to the A. Perhaps most noteworthy of all, however, is his studio album, My Moment, which came out in April 2017. Packed with over a dozen tracks, it reached as high as number 44 on the Billboard 200, which worked to cement his place in the industry. Well received by fans and critics, the record eventually went on to garner him a BET Hip Hop Award nomination. But that’s not all- he has also done a number of collaborations this year; for instance, he has worked with Cash County Pilot, Jeezy, and Trae the Truth on the singles, Any Means Necessary, I’m On 3.0, and Cold Summer respectively.