Xiaomi Mi Mix 3 Leak Shows The Back of The Device 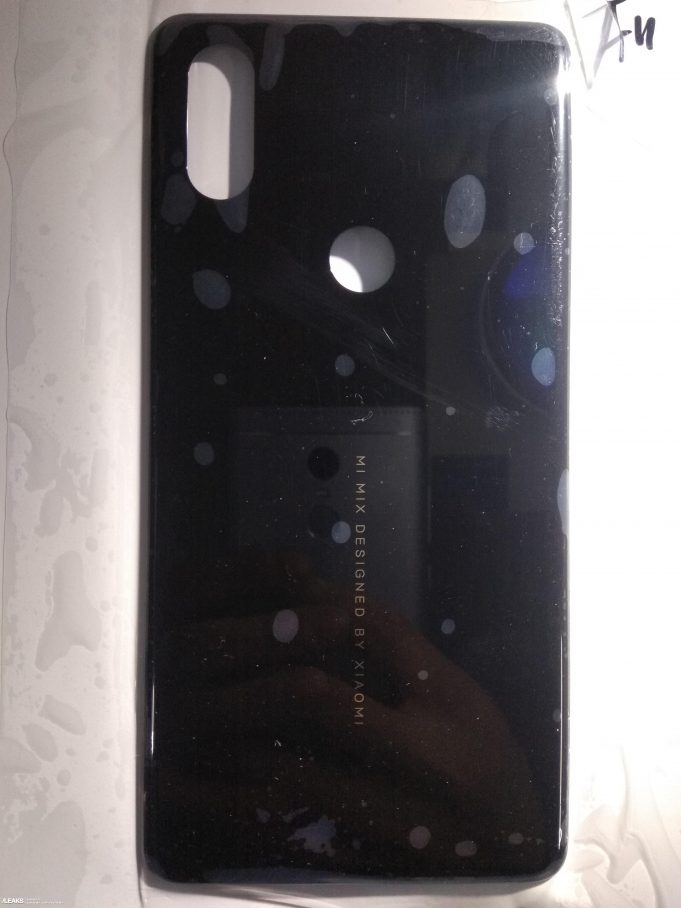 The Xiaomi Mi Mix series has two smartphones in a little over a year but the third version is already appearing in leaks. The latest leak doesn’t show the entire smartphone but it does give us an idea on some of the features we could see with it.

A photo of the rear panel has surfaced, showing us that there could be a dual camera for this release. The Mi Mix and Mi Mix 2 do not feature one but this leak shows what appears to be a vertical camera, like the one on the iPhone X. The panel also shows the Mi Mix Designed By Xiaomi slogan, just like the two previous releases. There is also a cutout for the fingerprint scanner, which is located on the same spot as the Mi Mix and Mi Mix 2. A case for the phone has also surfaced, showing three small cutouts on the camera section, which could be for the dual cameras and flash.

Xiaomi has not confirmed the Mi Mix 3 but a few concept images and videos have already surfaced. The latest leak only shows the rear panel but that could be one of many prototypes that the company is working on.

Xiaomi confirmed that it was working on the Mi Mix 2 back in February. The confirmation was a surprise because the Mi Mix had been released a few months before. The phone was unveiled in September, ten months after the release of the Mi Mix.

The Mi Mix 3 probably won’t arrive until Q3 or Q4 of 2018 but the recent rumors and leaks are already giving us an idea of what it could look like and what it could feature. Here are a few other rumors that have surfaced in recent weeks: