YouTube Prankster Saved By Firefighters After Cementing His Head In Microwave 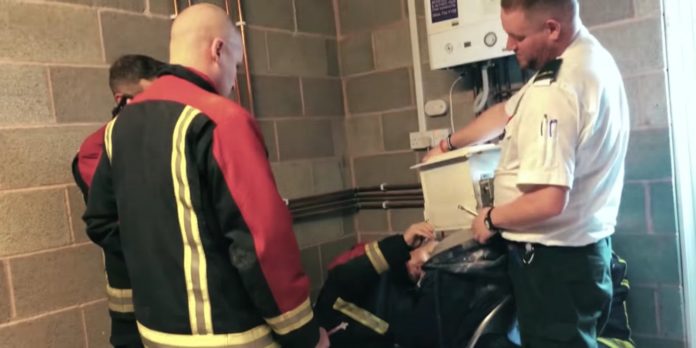 Pranksters filming a YouTube stunt for their channel had no choice but to call emergency services after one of them got their head stuck in a microwave. For the stunt, the group used bags of polyfilla, a material used to fill small cracks, holes and minor surface defects. They mixed the material and poured it on his head, which had been covered by a bag inside the appliance.

The pranksters were not planning to have his head get stuck in the microwave. Their plan was to use the microwave as a mould but things quickly went bad for the stunt. His head got stuck inside and the group attempted to free him for more than an hour. The attempts were unsuccessful and the group decided to call emergency services for help.

Firefighters were not very happy with what they saw as the stunt could have led to his death or serious injuries. The small microwave left him with almost no breathing room and his friends had to use an air tube to help him breathe. The fire department in the UK also let everyone know about the dangerous stunt, tweeting that they were unimpressed with an angry emoji and adding that five of their firefighters were tied up for an hour helping the man.

A fire department official said that taking it apart was tricky because most of the appliance was welded. The attempts to free him took nearly an hour and the official says the prankster was able to breathe easier when they removed a chunk of the polyfilla with a screwdriver.

The group has posted a video of the incident and most of the comments have criticized their idea, which wasted the time of emergency services and could have led to serious injuries or even his death.