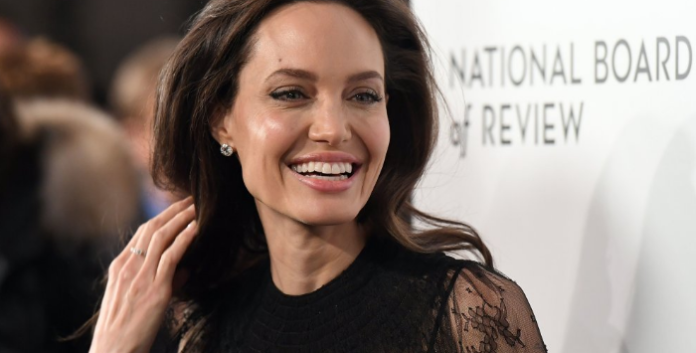 Angelina Jolie is a popular American actress and humanitarian. Born in Los Angeles, California, Angelina first started appearing on TV in the 90’s. Since then, she became one of the most recognizable faces in the world of showbusiness. She won a Golden Globe in George Wallace, and her popularity came after her role in Gia. Jolie’s career kept skyrocketing and she started to play in huge roles – Tomb Raider movies, Mr. & Mrs. Smith, Maleficient, Hell’s Kitchen…

Nowadays, Jolie is a world-known humanitarian who visited over 30 countries to meet and help the refugees. She has six adopted children with Brad Pitt, whom she was dating for over a decade, and even got married with.

If you want to check what Angelina is doing from day to day, you are probably on the lookout for her Snapchat account. You’ve come to the right place, however…

At the time of writing, Angelina Jolie’s Snapchat is nonexistent. While we doubt that she ever plans to get one, if she does, we will be sure to report it. Until then, you can try finding her on other social media…right?

Sadly, Angelina Jolie isn’t a fan of other social media networks either. In 2014, she told People that she is old school, and doesn’t use Facebook, Twitter or Instagram. Not only that, but she also prefers keeping her thoughts and notes in an actual notebook, not a computer/phone. Jolie stated that she already has enough trouble and that having social media profiles would just document such things.

Angelina Jolie Facebook Account – Jolie doesn’t have or use Facebook at all. The only thing you can find there are dozens of fan pages, which can help you keep up with all Jolie-related things.

Angelina Jolie Twitter Username – While Angelina’s team controls the handle @AngelinaJolie, the account is currently locked, and doesn’t accept followers, nor is it used. We guess that the handle was claimed by her just so she couldn’t be easily impersonated.

Angelina Jolie Instagram Username – Surprisingly, the @AngelinaJolie handle on Instagram is run by her fans. Similar to Facebook, there are many other fan pages dedicated to the beautiful actress, but none of them official.

Angelina Jolie Kik Username – Angelina probably doesn’t even know what Kik is! It goes beyond saying that you won’t be reaching her on Kik, unfortunately.