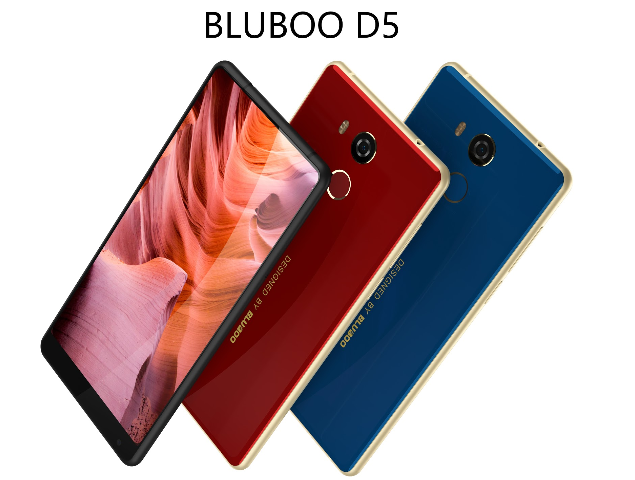 There is a new smartphone coming out from BLUBOO this year called the BLUBOO D5. This new phone will be a full-screen smartphone that is very comparable to the Mix 2 from Xiaomi. The design of the phone is similar to the Mix 2, but the BLUBOO D5 will be a whole lot cheaper for those looking for an affordable smartphone. We have all of the latest news about the BLUBOO D5, which will be released in the early stages of 2018.

BLUBOO D5- Inspired by the Mi Mix 2 But Much Cheaper

The main selling points of the BLUBOO D5 is that it gets inspiration for the design from the Xiaomi Mi Mix 2. The difference here being that the BLUBOO D5 is a much cheaper smartphone option, offering a full-screen and aspect ratio of 18:9. The screen is also going to be Tri-Bezel less. When you look at all of the more expensive smartphones out there today, the full-screen design is where all of the companies are going. BLUBOO D5 is going to have these same high-quality features with the full screen as those more expensive smartphones.

There will be some differences between the BLUBOO D5 and the Mi Mix 2. Primarily, the D5 will have a metal unibody that has been well-refined. This will allow for more protection since it will be much better in your hands and not slippery like some other phones. The screen size is 5.5-inches and the aspect ratio as we have mentioned is 18:9. It also will come in three different colors, which are all colors that the younger generation is interested in. A headphone jack is also going to be on the smartphone, and it also has the OTG function too. The price for the D5 is going to be under $100 and it is set to be released in February 2018.