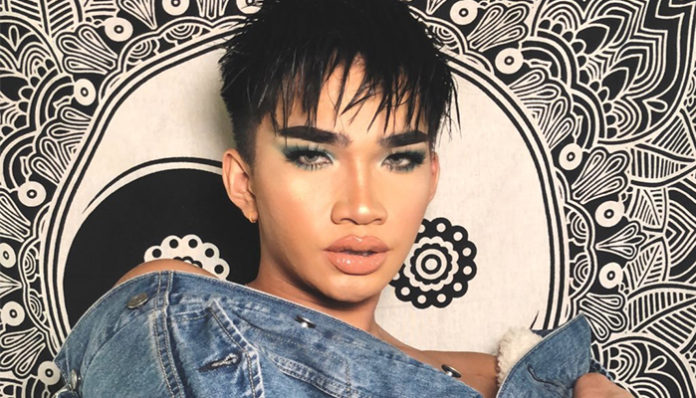 Hailing from Hawaii, Bretman Rock has taken social media by storm with millions of fans across different platforms. A former Vine star, he is perhaps best known for his various makeup-related videos. Want to learn more about the online celebrity? We’ve compiled many other facts below, so keep reading!

Bretman Rock rose to fame for his beauty and makeup related videos on social media. Today he has over 8 million followers on Instagram and more than 2 million on Youtube, making him one of the most followed male make-up artists on the site.

Bretman Rock was born in the Philippines, though his family moved to Hawaii shortly afterward. As of 2017, he still resides in Hawaii.

He is of Filipino and Portuguese descent

At this time, Bretman Rock’ body measurements are unavailable

Is Bretman Rock Currently in a Relationship?

As far as we know, Bretman Rock is currently single and not in a relationship. With that said, there have been rumors that he’s seeing someone, though said claims have not been confirmed.

At this time, we do not have any information on Bretman Rock’s previous relationships.

He has a sister named Princess Mae, who is also active on Social Media.

As far as we know, Bretman Rock does not have any brothers.

Bretman Rock does not have any children.

As a teen, he attended Campbell High School in Hawaii; he later graduated in 2016.

For now, it’s unclear whether or not the teen is attending college. With that said, he has expressed an interest in wanting to pursue a higher education in the past.

With the audience that he has on Youtube and the views that he receives, it wouldn’t be surprising if he were to make upwards of a thousand dollars per day just from ad revenue alone.

He enjoys shopping and making new videos in his spare time

Born in the Philippines, Bretman Rock currently resides with his mother and sister in Hawaii. Like many teens, he had chosen to get involved with Vine (the newest social media fad at the time) in the early 2010’s. With his amiable personality, it didn’t take long for him to garner thousands of followers on the app. While most social media users choose to showcase their humor, he took on a more untraditional route- makeup. Having been exposed to the beauty world since a young age (he grew up with two women), he made his online debut donning full makeup (and in doing so, breaking gender norms).

Today, he is incredibly active on Youtube, a site on which he has built himself a solid fanbase- over 2.2 million to be exact. Not only does he upload makeup videos, but he’s also branched out to posting vlogs, challenges, unboxing videos, and pranks, in the recent years. To date, his channel has accumulated over 65 million views, making him one of the most popular male makeup gurus on the site. What else has he been up to lately? For one thing, his recent surge in popularity has led him to be able to go on tour. Kicked off in early September, the teen traveled and entertained fans at numerous cities around the country at over a dozen different venues!