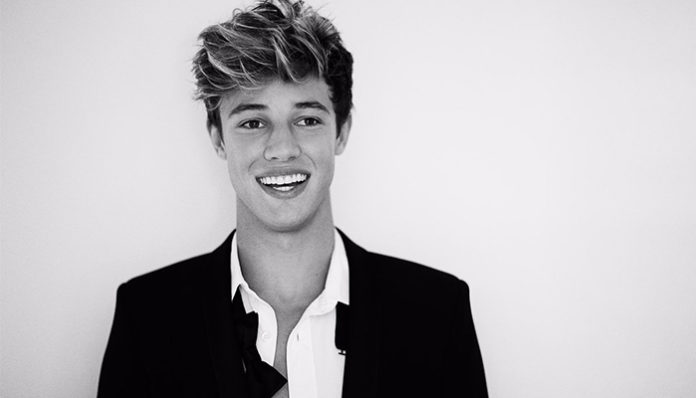 At just twenty-three years old, Cameron Dallas has become one of the most popular personalities on social media. As it happened, he had risen to fame on Vine, with over 8 million followers on the app. Since then, he has also established himself on other platforms such as Youtube, Twitter, and Instagram.

In fact, he has even broken into the acting realm. Not long after rising to online stardom, he made his big screen debut in the comedy film, Expelled (2014). Since then, the social media star has also appeared in the movies The Frog Kingdom (2015), and The Outfield (2015).

Ultimately, it was on Vine that he shot to fame. Known for his jokes and pranks, it wasn’t long before he had amassed himself a substantial following on the app. By 2014, he had become one of the most-followed users on the platform, with over 8.1 million followers.

Not long afterward, his popularity only climbed further after he was cast in the comedy film, Expelled. Despite being his acting debut, his portrayal garnered him much praise from fans.

Since 2016, Cameron has also been featured in his own reality series, Chasing Cameron. Available on Netflix, each episode depicts his road to fame, with appearances from his fellow Magcon members Aaron Carpenter, and Taylor Caniff, as well as his immediate family members.

Though singing isn’t his main focus, he has released a couple of singles. His first song, She Bad was released in 2015. Soon afterward, he also collaborated with Daniel Skye on the tack, All I Want. 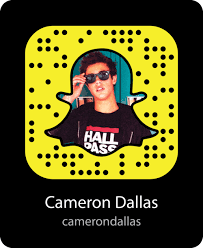 Want to stay connected with the former Vine star? We’ve got some good news for you- he’s active on Snapchat! To add him, simply click here.

If you’re a fan, be sure to check out his official Facebook fan page at @camerondallas

You can check out his official Youtube channel over here