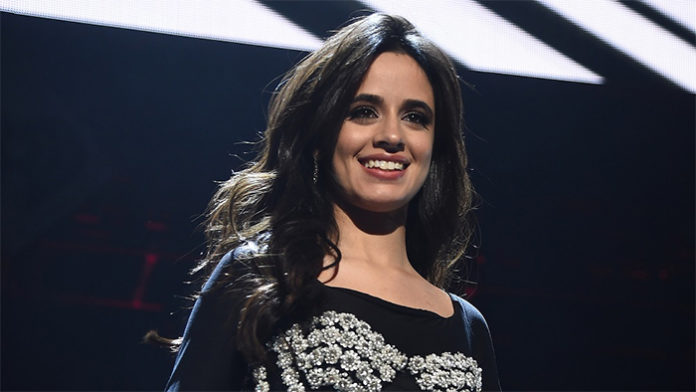 A singer-songwriter, Camila Cabello rose to fame in the recent years as a member of Fifth Harmony. As it happened, she, alongside a few others, was called back and asked to form a girl group, following her audition for The X Factor in 2012. Signing to Epic Records and Syco Music, they eventually released their debut EP, Better Together in 2013, which proved to be an overall success.

Since then, the girls have released several albums, including 7/27, and Fifth Harmony, both of which peaked at number four in the U.S. Some of their greatest hits to date include Work From Home, Worth It, That’s My Girl, and Down, all of which have garnered accreditation from the RIAA. Aside from her ventures with the group, the brunette has also been working on launching a solo music career for herself. In fact, her first solo album, Camilia, is due to be released later this month.

How much has she earned from her ventures with Fifth Harmony? How rich is she? According to various sources, Camila Cabello has an estimated net worth of $3.5 million as of 2018. Where did most of this money come from? Let’s take a look below.

How did Camila Cabello’s Make Her Money & Wealth?

Born on March 3, 1997, in Eastern Havana, Cuba, Camila Cabello relocated to Miami, Florida, with her family at the age of five. Having been interested in music since she was young, she made the decision to audition for The X Factor in 2012. While she was eliminated during the “boot camp” stage, she was eventually called back, and asked to form a girl group with a few others- they would later become known as Fifth Harmony.

Just a year later, the girls released their debut EP, Better Together via Syco Music and Epic Records. Well received, the project ultimately peaked at number six on the Billboard Top 200. Riding on their initial success, they eventually followed up with Juntos, Better Together: Acoustic, Juntos: Acoustic, and Better Together: The Remixes, over the next few months.

Then in 2015, Cabello and the girls hit it big with their debut album, Reflection. Certified platinum by the RIAA, it spawned the hit songs, Sledgehammer, Boss, Miss Movi’ On, and Worth It. Since then, the group has released two more albums, 7/27 in 2016, and Fifth Harmony in 2017.

Obviously, a significant portion of her income comes from her work with Fifth Harmony. Aside from their music releases, they’ve also embarked on a number of concert tours over the years, all of which have been extremely successful. In fact, they had just recently gone on their PSA Tour, to promote their latest album.

Aside from her involvement with the group, Cabello herself has also been working on launching a solo music career. In fact, she will be releasing her long-awaited studio album, Camila later this month on January 12, 2017.

Preceded by the singles, Havana, and Never Be the Same, the project will feature many new songs, one of which features Young Thug.

No, she is not married. With that said, rumor has it that she is currently dating Shawn Mendes.

Does Camila Cabello Have Any Children?

Did Camila Cabello Go to College?

No, she has not gone to college. As far as her secondary education goes, she had dropped out during the ninth grade in order to pursue a music career, though she has since received her diploma.

What is Camila Cabello Famous For?

Camila Cabello rose to fame in the early 2010’s as a member of the popular girl group, Fifth Harmony.

The singer currently resides in Miami, Florida. Further information/photos of her home are unavailable at this time.

What Kind of Car Does Camila Cabello Drive?

Information on Camila Cabello’s vehicle is unavailable at this time.

How Much Money Did Camila Cabello Earn Last Year?

At this time, we do not have any information on Camila Cabello’s 2017 earnings.

Last summer, the girl group released their third album, Fifth Harmony, which peaked at number four on the Billboard Top 200. Relatively successful, it went on to spawn the singles, Down, He Like That, and Por Favor.

In terms of solo ventures, Cabello will be dropping her long-awaited debut album, Camila later this month, as mentioned earlier.