China: Man Paralyzed From The Waist Down After Playing Video Game For 20 Hours 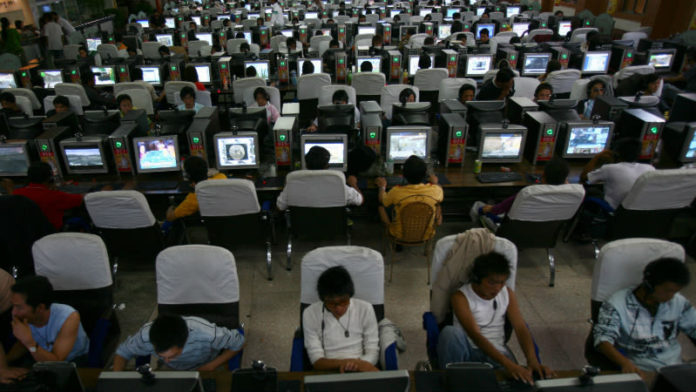 A man in China had to be carried off in a stretcher by emergency services after he played a video game for 20 hours at an internet cafe. The man found out that he couldn’t move his lower part of the body when he attempted to get up and go to the bathroom.

His friend, who was there when it happened, was quoted as saying that it seemed like he had lost sensation and couldn’t move. They called emergency services after that and he was transported to a hospital. A video released by local media shows his friend and emergency services moving him from the chair to the stretcher.

The man had been playing the game for nearly a day and was worried about it even after he found out that he couldn’t move the lower part of his body. According to local media, the man told his friends to keep playing for him as he was being carried off by emergency services.

Back in 2015, a woman missing was found at an internet cafe after ten years. The woman was discovered in a city that is located about 100 miles away from where she grew up. Her family thought she was dead and she was found when authorities noticed that she was using a fake ID at an internet cafe. The woman had spent those ten years playing in internet cafes and working as a cashier to keep playing. She first told police that she had been raised by her grandparents but later said she had ran away from home. Authorities fined the woman for the fake ID and contacted her parents to let them know that their daughter was alive.

In 2015, a man died at an internet cafe in Shanghai, China, after playing a video game for 19 hours. CCTV footage shows him coughing as worried gamers next to him watch. The gamer next to him and his friend contacted emergency services but when they arrived, he was dead. That same year, a Taiwanese man died after playing a video game for three days.